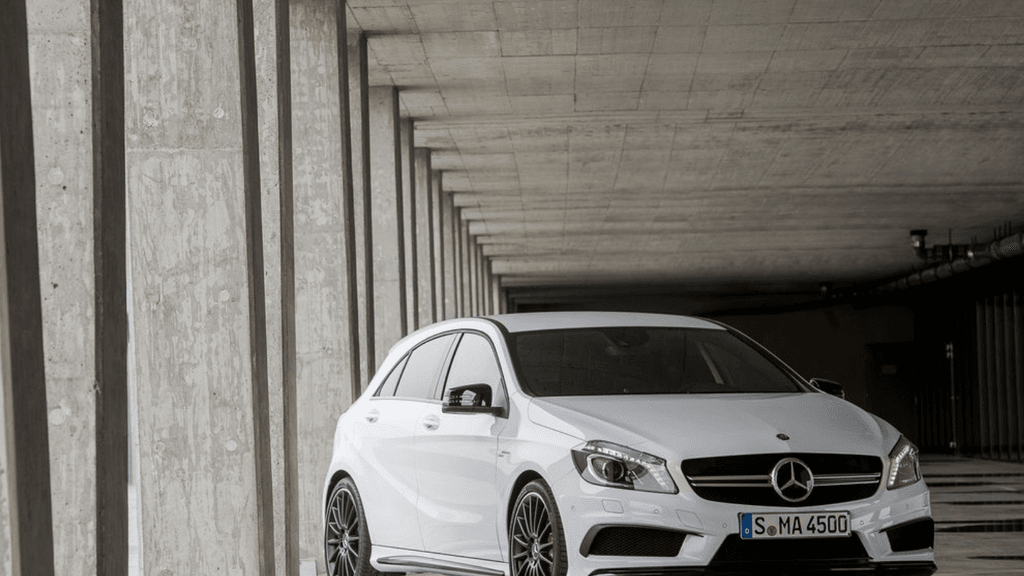 Mercedes’ baby hatch proved that the luxury car kings could do hot hatches better than the rest of them.

We love performance cars but when it comes to performance, pricing, street-cred and practically, you can’t do better than a hot hatch, and the market is always overflowing with decent examples, so a good one is not hard to come by.

BUT what if you don’t want to get lost in a sea of Golf GTIs, Audi S3s, Astra OPCs and the odd Ford STs? That’s when you get your hands on the W176 Mercedes-Benz A45 AMG, the hotch hatch to beat all others.

As you may recall, the A-Class started life back in the late ‘90s as a mini MPV more akin to the Hyundai Getz and the  Honda Jazz which means it would never make any performance junky take not, let alone want one (Mind you, AMG did build a few with twin engines for some very select customers).

In 2013, that all changed with the introduction of the W176 which was a full hatchback, the likes of the Golf, A3 and 1-Series. Naturally, the lower-spec models were kind of bland, but the top-of-the-range A45 AMG was just brutal in every aspect; looks, performance, sound and even the interior.

When the A45 AMG was released in SA back in 2013, the first thing which differentiated it from its competitors was the price, a whole R600,000. That may not seem heart-stopping today but remember, the Golf Mk7 GTI at the time cost R382,800. 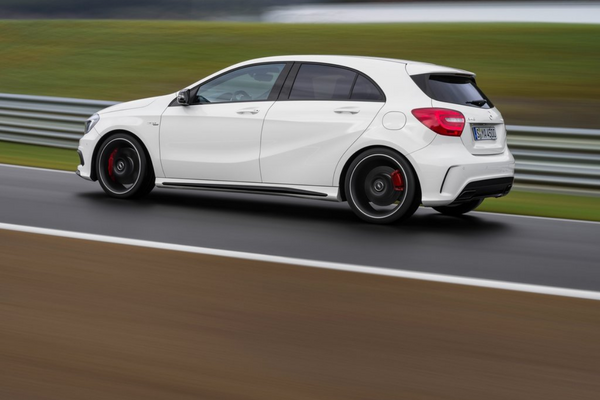 The pricing alone already made the A45 AMG far more exclusive than its expected competitors but then AMG went did typical AMG things, equipping the car with a 2.0 turbocharged engine with 265kW and 450Nm of torque. Again, just for frame of reference, the GTI at the time was producing 162kW and it was considered the benchmark. In fact, in 2017, the A45 was commended for having the of the highest specific outputs per litre, the same as the Bugatti Chiron.

With so much power to play with, AMG decided to equip the A45’s Speedshift DCT 7-speed sports transmission with 4Matic all-wheel-drive and despite the added weight, it gives the car unmatched acceleration. Couple that with 3-stage ESP, Curve Dynamic Assist and AMG sports suspension with independent front and rear axles, and it is easy to see why the A45 is something special.

Mechanics aside, the A45 also looks the part, it wears a far more aggressive AMG body kit than the cars with the mere “AMG-Line” option and it had a model-specific grill which was unique at the time.  The wheels are also full-on AMG bits measuring 18-inches and you’ll be hard-pressed not the notice the huge AMG sports brake discs and calipers hiding behind those wheels. Aside from the “normal” A45 AMG, Mercedes-Benz also offered the A45 Edition 1 which was equipped with special aero additions that included a front splitter, bumper canards, a rear lower diffuser and a massive rear wing which many people may think is “unbecoming of a Mercedes-Benz” but screw what they think, its looks hot and nobody was offering anything like it at the time apart from the Focus RS. 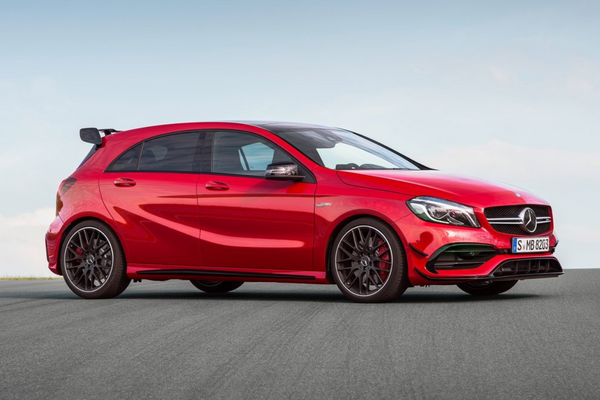 The interior of the A45 also set it apart because let’s face it, Mercedes was not going to skimp out there even if the A-Class was their “bottom of the range”. That’s why, depending on the spec, you’ll get to enjoy lashings of carbon fibre or brushed aluminium trim, full-on AMG sports seats with coloured seatbelts and every possible luxury. My favourite part of the A45’s interior though is the air vents; I kid you not! They are aeronautically inspired with bright touches which are so different to the bland stuff you find coming from the likes of other manufacturers, a small detail, but an impressive one. The only two bits which I dislike about the A45’s interior are the location of the infotainment screen; I hate the tablet-style afterthought design, and I’m not fond of the very thick C-pillar which makes the rear accommodation seem claustrophobic. 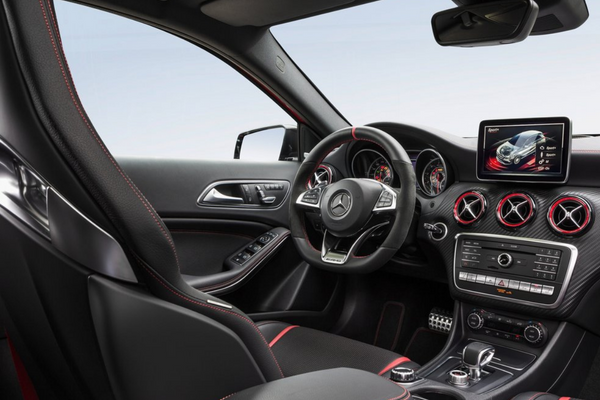 Interior finish aside, once you are in that driver’s seat, the A45 is amazing. You just put your foot down and the acceleration picks up from nowhere and pins you into the seat. Then, of course, you have the sound, the A45 sounds like it's been tuned but that's the sound from the factory, not like those guys with GTIs who are experimenting with exhaust systems and software to get their cars to sound as brutish as the A45 AMG. 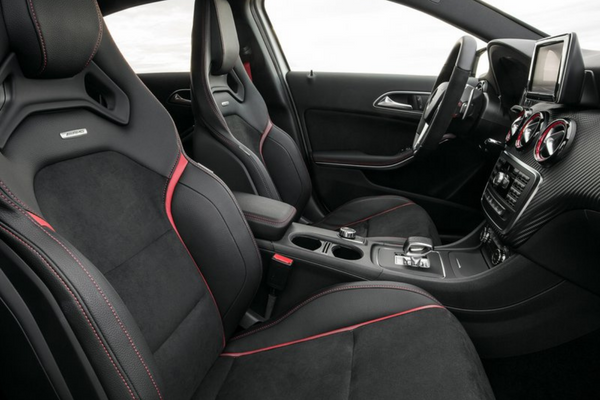 When it comes to pricing, the A45 AMG has held it’s own fairly well, with the cheapest example I could find, a 2013 Edition 1 model with 147,000km on the clock on offer for R280,000. The most expensive example I could find was a 2016 model with 25,000km on the clock with a full franchise service history going for a whopping R579,000. To go along with those prices, I need to share a little bit of advice, the A45 is a performance hot hatch and some examples have been driven hard, so make sure you try and find the most well-looked-after example with clear service history and avoid cars that have been modified.

Get that right when searching for your A45 AMG and you’ll be left with the biggest grin on your face and a ton of expensive “performance cars” in your rear-view mirror.

Find your dream A-Class in the ClickaCar Virtual Showroom.