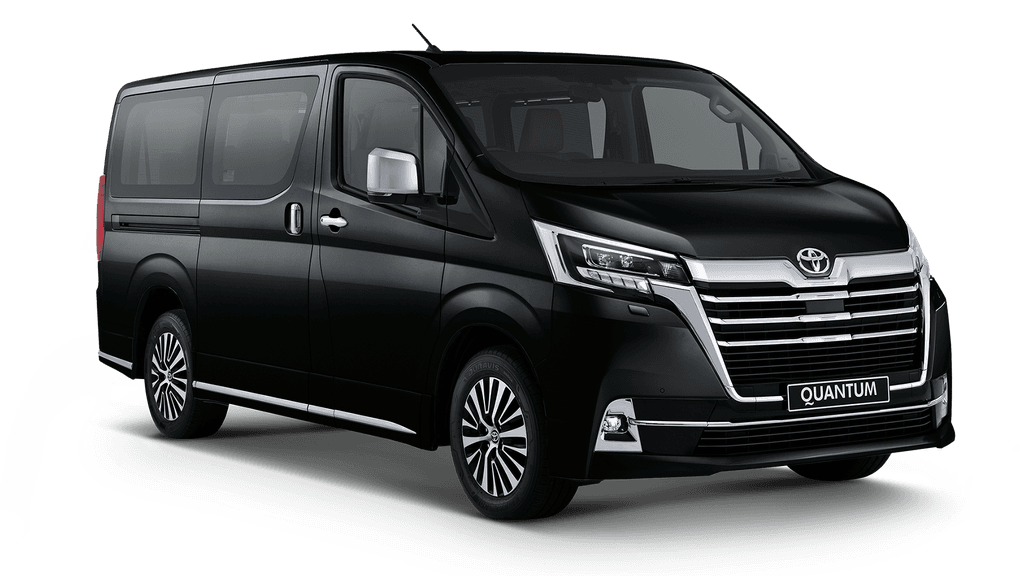 Can Toyota shake off the Quantum’s “Taxi” image with the VX? We decided to find out.

The Toyota Quantum has earned a bit of a bad reputation on South Africa’s roads, but will it be able to shake it off with the new Quantum 2.8 LWB VX? Well, that’s what we here at ClickaCar want to find out!

Let’s be honest, the Minibus Taxi Industry in South Africa has a questionable reputation and what is the most popular taxi? The Toyota Quantum. The Quantum has become such an ingrained part of the industry and South Africa’s public transport landscape that the generic name for a minibus taxi is Quantum!

In 2019 however, Toyota SA did something unexpected when they launched the new Quantum, they brought a high-end luxury VX model and better late than never, we decided to check out how Toyota has differentiated it from the commercial equivalent.

Toyota’s first step in giving the Quantum VX its own identity starts with the name. When the new model was launched, Toyota SA continued production of the previous generation H200 model, labelling it the Hiace and Hiace Ses’fikile, the latter being designed specifically for the taxi market. This helped to differentiate the Quantum from its taxi industry roots but South Africans have yet to shrug off the association.

The styling is also a massive change and for the first time, we have a Quantum with a bonnet! The Quantum’s move from cab-over design is a massive change and for South Africans, it must come as quite a surprise. Together with the addition of the extended bonnet, the VX model features a ¾ deep chrome grille with seductively styled headlights which incorporate LEDs to give the front end a very modern and distinctive look. Down the sides, the swage line just below the large windows and stylised arches add detailing and shape, giving what is ultimately a box a far more detailed and softer appearance. 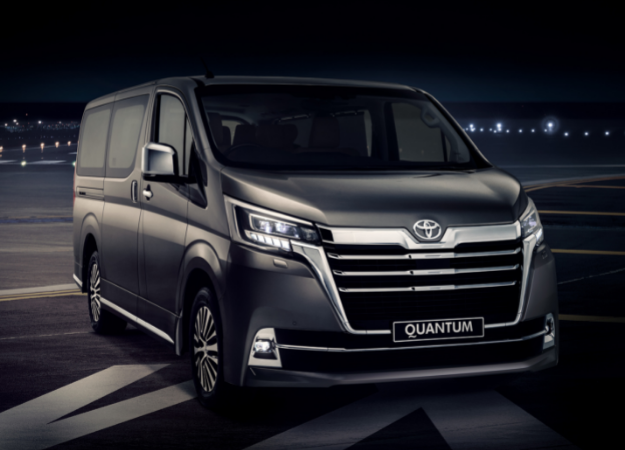 Moving to the back, the VX’s large upward swinging tailgate was given chrome detailing to go with the models new LED taillights. The VX is also equipped with different bumpers to other models in the range, and these colour coded units give the VX a far more luxurious appearance and remind me of the Lexus cars from the mid-2010s. Overall, despite its boxiness, Toyota has given the new Quantum, and in turn the VX model a less utilitarian appearance which is extremely difficult on any large panel van where the inside dimensions dictate the outside. 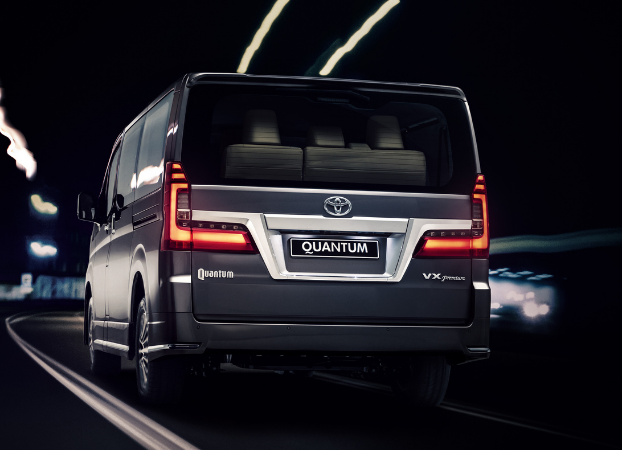 On the inside, the design and trim finishes on offer couldn’t be any further from the car’s utilitarian roots and I never thought I would see that day that a Quantum is available with wood panel trim. Taking it a step further, the wood panel trim is not just stuck on to “upgrade the model”, it's incorporated into the design of the dashboard, centre console and side panels, which in themselves are well designed even when one considers that Toyota tends to keep their designs very functional. The cabin also features LED lighting which is something you'd normally expect from a Mercedes product. 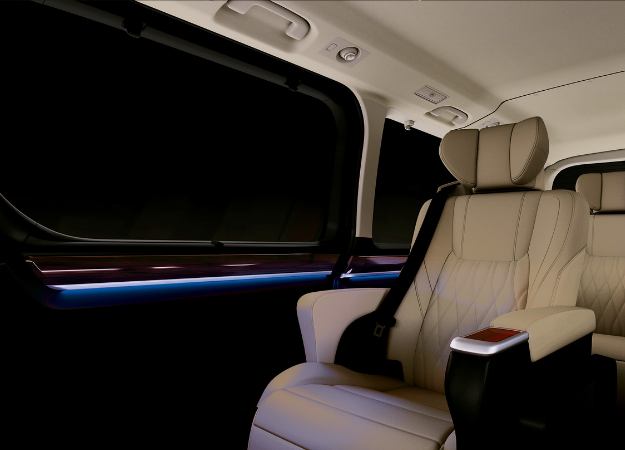 Seating in the VX model is also a massive departure from what you expect given the badge history and in 9-seater configuration, the VX offers 6 captain's chairs and a three-seater bench right at the back. The seats are all leather-appointed and feature a diamond stitched pattern on the centres which, together with their adjustable seat rails add to the interior’s luxury appeal.

The only downfall in the cabin is the boot, with the third-row in place, there isn’t a lot of cargo space. Other luxuries in the cabin include a 4.2” multi-information display with high-definition Optitron instrumentation, rain-sensing wipers, auto-locking doors and a Bluetooth-enabled touchscreen infotainment system complete with a reverse-view camera. 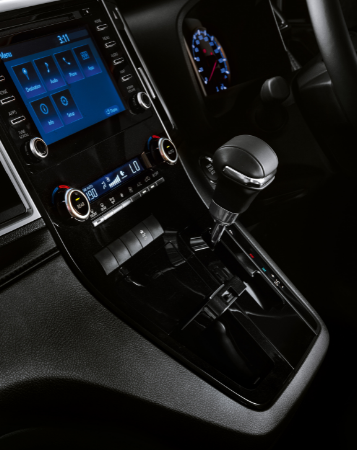 To get all that luxury and the 9 people who wish to experience it moving, Toyota has employed their 2.8-litre common-rail turbo diesel engine which produces 115kW and 420Nm of torque which has been mated to a 6-speed automatic gearbox. The diesel engine may not be as smooth as a petrol equivalent but the quality of the cab means that there is very little sound ingress from the engine. The 6-speed also improves the ride, offering smooth shifts while making this large vehicle more relaxing to drive. Economy wise, one would expect a large heavy vehicle with the aerodynamics of a brick to leave you spending more time at the pumps, but the 8.7/100km combined cycle proves contrary and is a testament to Toyota’s engineering.

Overall, all of these updates and additions to the Quantum VX are top-notch. The quality is on a different level which makes it a serious contender to the likes of the Mercedes-Benz V-Class,  and with the price tag of starting from R1,026,800 compared to the V-Class’ R1,2 million, I would certainly take the Toyota. BUT, has Toyota done enough to differentiate the VX from the other Quantums in the range and the HiAce? Well, the answer is a nice fence-sitting yes and no.

The Quantum VX is perfect in terms of styling, finishes, driveability and looks but I think what it needs to take it over the mark is a rebrand. Yes, there is absolutely nothing physically wrong with the VX, and given that Toyota’s luxury arm is Lexus, all the VX needs is a redesigned grille and a few Lexus badges, and you have the best luxury van on the market.

Do you think that the Toyota Quantum VX is a true luxury vehicle? Connect with us on Facebook, Twitter and Instagram to tell us what you think.