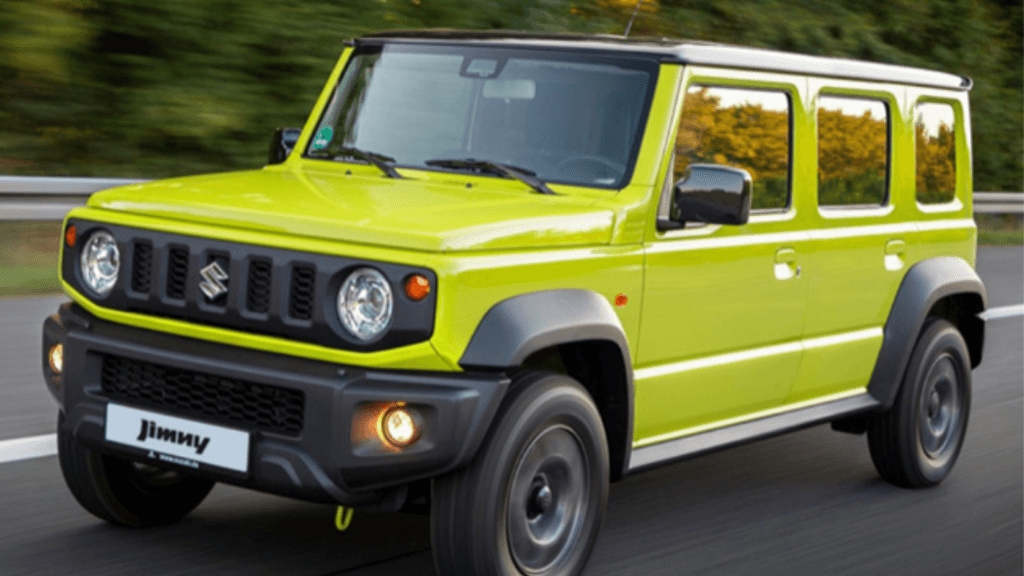 The world’s favourite Compact 4x4 is about to have a growth spurt.

South Africa's, if not the world's most loved compact 4x4, the Suzuki Jimny is about to get a twin brother, albeit a slightly longer one.

Set for release in 2022, the new 5-door Jimny “Long” will be manufactured in India by Maruti Suzuki, the Indian arm of the Japanese company, which is producing the three-door Jimny to help keep up with global demand. The Jimny Long has already been spied undergoing testing, and Suzuki management announced its release together with the three-door model’s facelift.

The Jimny Long is expected to measure 300mm longer than the current three-door model, bringing the overall length to 3925mm. The increased, sub-four meter length brings the Jimny face-to-face with other compact SUVs in the market.  These include its stablemate, the Suzuki Vitara Brezza, the Toyota Urban Cruiser, Hyundai Venue, Kia Sonet and Nissan Magnite. That does seem like some tough competition and ultimately the Jimny will retail for more than these models, but we must not forget that the Jimny Long will be the only model in that line-up with 4WD and real off-road capabilities, the others are all 2WD with power going to the front wheels.

To make up for the added weight which comes with the added length, the Jimny Long is expected to be outfitted with a turbocharged version of the 1.5-litre engine found in the three-door model, and international markets will most likely see the release of the Hybrid model. Like the three-door, the Jimny Long will most likely be available with both an automatic and manual transmission, and Suzuki’s unbeatable All-Grip 4WD system.

How the extra length will affect Jimny Long’s off-road capabilities are yet to be seen, but we suspect that it won’t be too dramatic given that the Long should retain the same overhangs and width as the current three-door variant.

The launch of the Jimny Long will certainly make this SUV an even more attractive buy as the three-door, which, despite its awesome retro styling and equally amazing off-road capabilities, is heavily compromised when it comes to space in the rear-seat area and the non-existent boot. The extra length in the Jimny Long will certainly fix that, making it far more appealing to families who need the space.