The Passion and The Power - The Alfa Romeo Giulia GTA 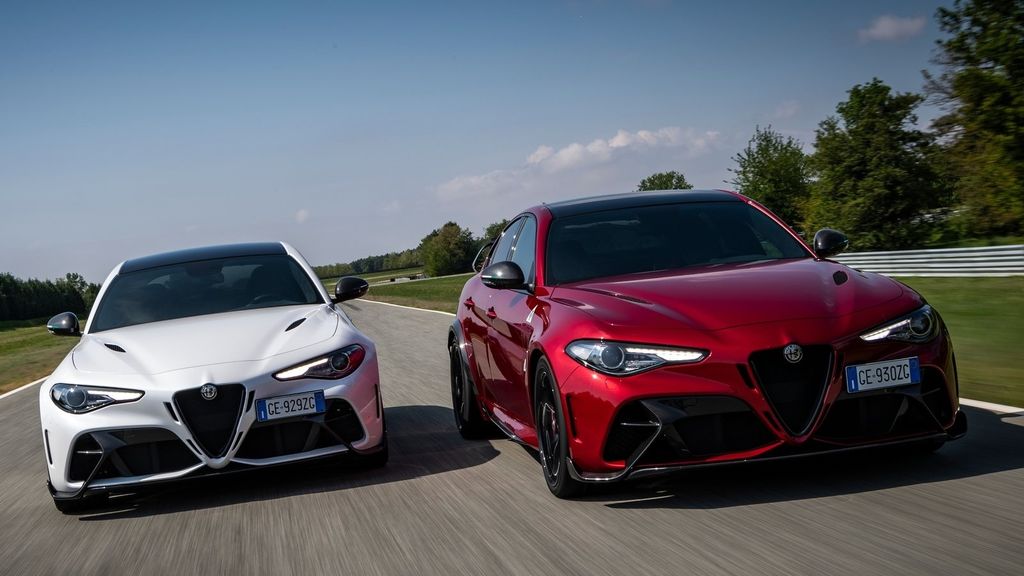 Alfa Romeo’s Giulia GTA hits back with passion and power.

When it comes to passion, no car brand does it like Alfa Romeo. Yes, you get fans who love other brands but Alfa’s fans LOVE their brand and they are willing to put up with any foibles because that’s what makes an Alfa a real Alfa.

What also makes Alfa fans the passionate bunch they are, is Alfa’s very own passion for performance, and over the decades the Turin based manufacturer has given us some legends. Unfortunately, though, the last 10 years or so have not been too exciting for Alfa and the last hot Alfa’s we saw on local shores were the 3.2 V6 powered 147 and 156 GTA models from the early 2000s. 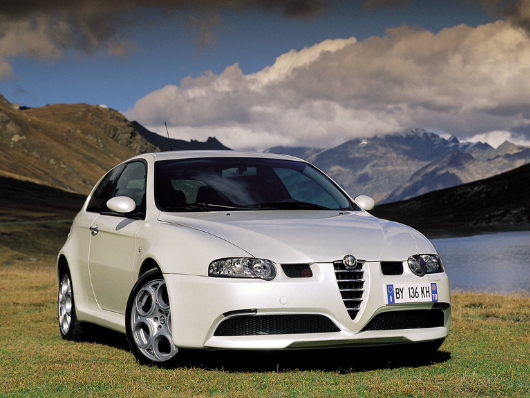 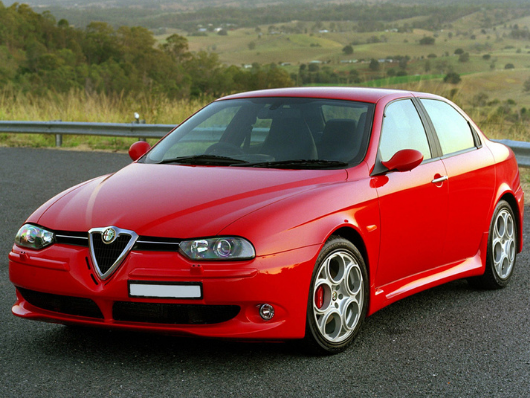 That all changed however in 2017 when Alfa Romeo launched the breathtakingly beautiful and aggressive Giulia Quadrifoglio powered by a 375kW  twin-turbocharged V6 developed in conjunction with Ferrari.

Fast forward 6 years and Alfa Romeo has once again set the cat, no…the sabretooth tiger amongst the pigeons with the launch of the Giulia GTA and GTAm. The GTA badge pays homage to Alfa’s performance heritage and to ensure that the Giulia lives up to that reputation, that twin-turbocharged V6 has been retained. In GTA form though, it now punches out a hefty 397kW thanks to a set of newly designed pistons, an Akrapovič exhaust system, increased boost pressure and an uprated oil cooling system. This newfound power is transferred to the rear wheels via the 8-speed automatic transmission with a torque-vectoring rear differential.

To make the most of these kilowatts, the car has also shed 100kg thanks to the use of copious amounts of carbon fibre and in the GTAm model, you will find that the side and rear glass have been replaced with Lexan to further aid weight reduction. This strict diet coupled with the extra punch endows the lucky driver with the ability to go from 0-100km/h in only 3.6 seconds when using launching control before hitting a top speed of 318km/h.

Those are impressive figures nonetheless but the GTA’s real home is the race track, and in order to enhance the car’s abilities through the twisties, Alfa and Sauber’s engineers have updated the handling with the addition of uprated shocks, springs and bushings. 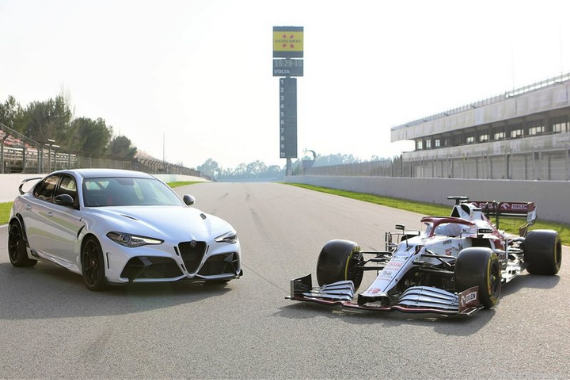 To further enhance the car’s handling, the track between the wheels has been widened by 50mm both front and rear. This increased width necessitated the fitment of the car’s rear carbon fibre wheel arch extensions and the widened front fenders. Apart from the added aggression resulting from the added girth, the Giulia also features a new carbon fibre front splitter, side skirts,  rear diffuser with centre exit tailpipes and a matching “Batman” spoiler on the rear boot lid. If you are lucky enough to get your hands on the GTAm model, then you’ll find a track-inspired GT wing on the back which screams International Touring Car competitor. 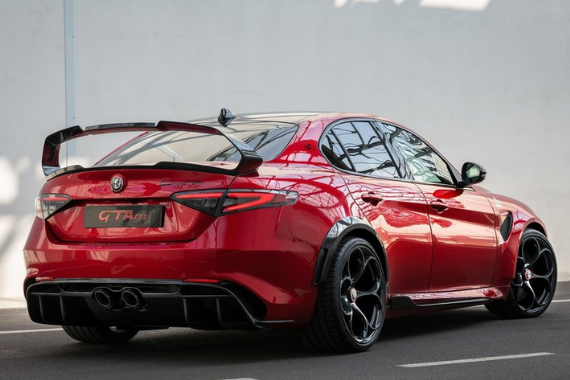 The large wing may not be to everyone’s taste but the race-inspired single nut 20-inch wheels certainly are, and the style harks back to the company’s iconic “teledial” design. 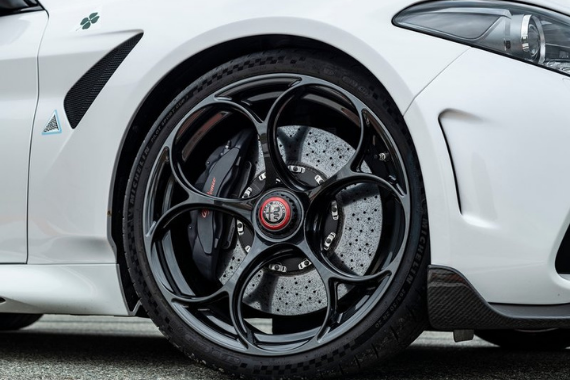 On the inside, the GTA’s race car roots are further enshrined and instead of the “normal” leather seats you would find in the lesser models, you will find a set of carbon-shelled sports-inspired seats with both the front and rear units covered in a mix of Alcantara and leather. 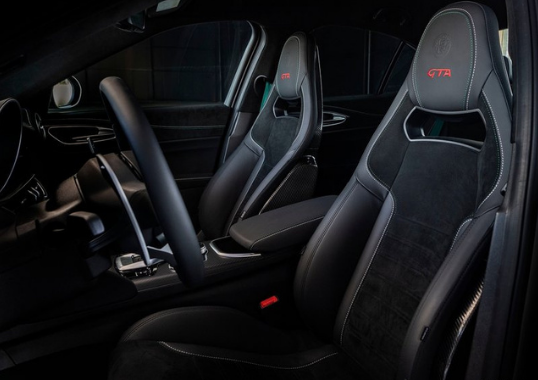 The GTAm model is far more hardcore using fixed bucket seats equipped with full Sabelt racing harnesses.  Those racing harnesses are secured to the rear-mounted rollcage which now takes up the space where the rear bench used to be, transforming the sedan into a two-seater sports car. 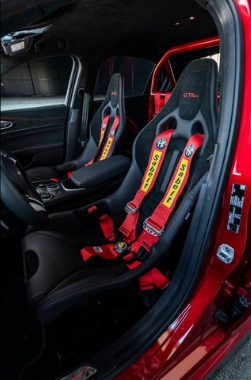 Aside from the change in seating, the interior has also been updated with lashings of carbon fibre trim and the top of the dashboard has been treated to a black Alcantara cover with contrasting stitching. The dashboard also plays host to a very important feature, the car’s production number as only 500 GTA models, including the GTAm models have been built worldwide, and that number will remind you just how exclusive this car really is! 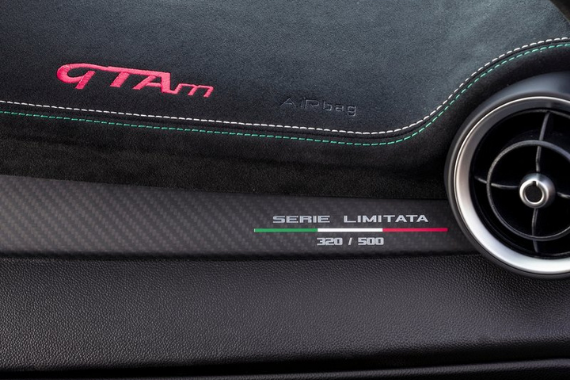 That exclusivity however comes at a price, and if you were to visit your nearest Alfa Romeo dealership today, you will be asked to pay R3,999,990 for the GTA or R4,299,900 for the GTAm. That is a lot of money when you consider brands like Mercedes’ AMG and BMW’s M cars have more brand cachet but the GTA and GTAm are far more exclusive. It also offers mould-breaking styling and it’s filled with the passion that only the Italians can deliver.

So, should you buy the GTA and GTAm? The answer is an overwhelming YES, and that’s not only because I know that the values will rocket through the stratosphere as it becomes an instant collectable. It's really because it's an honest-to-goodness performance car which a real (albeit wealthy) petrolhead with appreciate long after they’ve earned back the money spent to procure this amazing vehicle/piece of art.

Looking for your dream Alfa Romeo? Find it in ClickaCar’s Virtual Showroom.