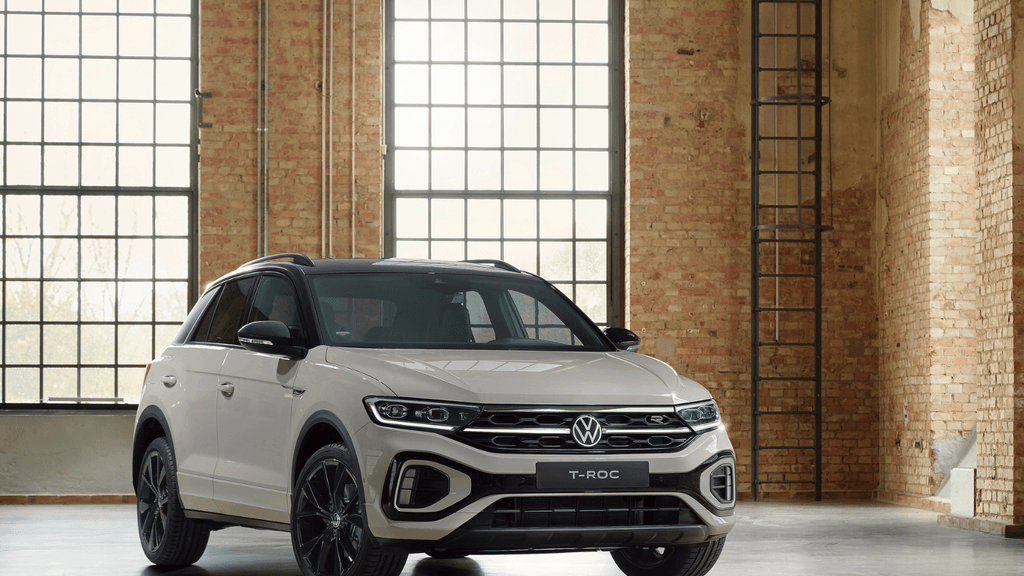 Volkswagen’s latest T-Roc is ready to rock the local SUV market with a fresh new look.

Hot on the heels of VWSA’s release of their new Taigo Coupe-SUV (which you can read all about here), the company has announced that their new T-Roc SUV will be released to South Africa’s car-buying public near the end of July. The T-Roc, which is positioned between the Taigo and the Tiguan first arrived on our shores back in 2020 and proved popular, with VWSA selling 4490 units since the model’s local release. 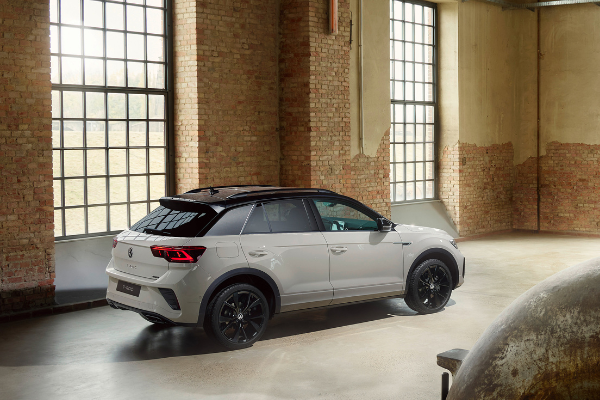 So, how has VW updated the T-Roc considering that they had a rather successful package to begin with? For starters they have sharpened the exterior lines, making the shape a little more aggressive than the outgoing model while still retaining some sense of familiarity. Together with the refreshed sheet metal, VW has added LED headlights and darkened rear lights as standard with the option of adding their rather trick IQ.LIGHT LED matrix headlights, redesigned taillights graphics and an illuminated radiator grille strip if you have the extra cash. The exterior upgrade updates don’t end there though, as VW will also give you the option of adding a white, black or Indium grey coloured roof to contrast whichever main body colour you choose…and by the way, they've added five new colour choices to the list. Together with the five new body colours, the T-Roc is also offered with a choice of newly designed 17 or 19-inch alloys, further ensuring that your T-Roc is as unique as you are.

To ensure that the inside looked as fresh and appealing as the outside, VW has equipped the T-Roc with a redesigned dash panel and thanks to the extensive use of soft-touch materials and distinctive seams, the interior feels refreshingly modern. Adding even more modernity to the interior is the tablet-like 8.0-inch infotainment display, which I am really not the biggest fan of. What I am a fan of is the “Digital Cockpit” instrument cluster which is offered on the Design Line specification, and if that isn’t enough, it can be upgraded to “Digital Cockpit Pro” if you opt for an R-Line spec model.

Aside from the fancy cluster options, both the Design and R-Line offer leather door trim and armrests. When it comes to seating, the Design spec is equipped with VW's ArtVelour seats while their Vienna leather seats are available as an option. For the R-Line buyers, VW has thrown in their top-of-the-range sports seats which ooze luxury thanks to their full Nappa leather upholstery. The T-Roc’s interior also features a new multi-function steering wheel as standard.

Aside from acres of leather (depending on which specification level you choose), the T-Roc interior also features Apple CarPlay and Android Auto which can be integrated wirelessly into the control system via App-Connect Wireless. 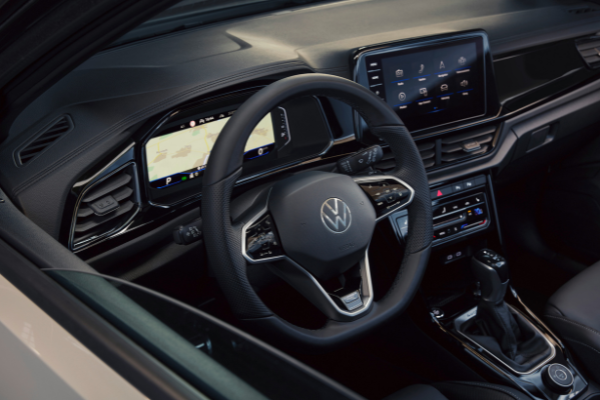 Powering the T-Roc are two engine options, the first being a four-cylinder 1.4 TSI that produces 110kW and 250Nm of torque and drives the front wheels through the 8-speed Tiptronic transmission. This rather nifty combo will see you hitting 0-100km/h in 8.4 seconds with a top speed of 205km/h. More importantly, the 1.4 TSI T-Roc has a fuel consumption figure of 6.3l/100km.

The top-of-the-range engine option is the 2.0-litre TSI engine which has 140kW and 320Nm of torque on tap and comes equipped with a 7-speed DSG transmission and VW’s 4MOTION all-wheel-drive system as standard. With the 2.0 under the bonnet, the T-Roc achieves a 0-100km/h time of 7.2 seconds and a top speed of 216 km/h. Naturally, a bigger engine means a bigger fuel bill, and in the case of the 2.0, you can expect to use 7.3l/100km.

Price-wise, VWSA will let you know how much you need to fork out closer to the model’s release but given the T-Roc’s new look and specs, especially in the 2.0 guise, I suggest you begin saving.

Find your dream VW SUV in the ClickaCar Virtual Showroom.