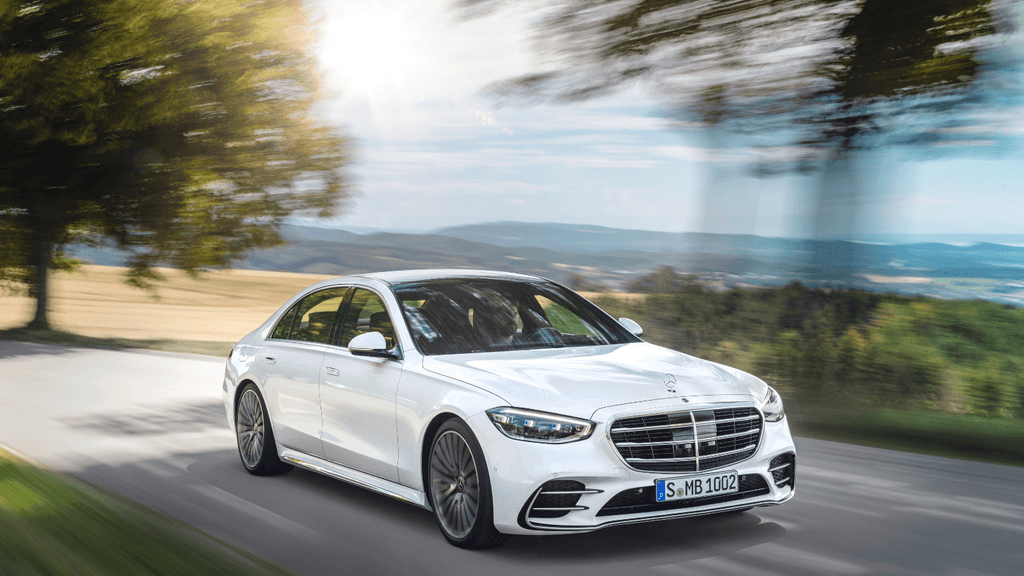 Luxury, legacy, and the latest technology; these have always been the hallmarks of the Mercedes-Benz S-Class, and with the latest incarnation now hitting South African showrooms, we had to take a look at the pinnacle of luxury motoring.

For those of you who don’t know much about Mercedes-Benz, the S-Class has always been the brand’s top of the range sedan, favoured by politicians, royalty, business tycoons and dictators from every corner of the globe. That means is that every new generation of S-Class has giant shoes (or should I rather say tyres?) to fill, and from the outset, it looks like the latest S-Class does just that. 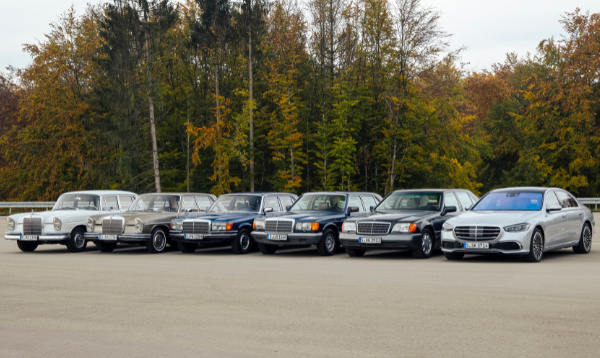 Dubbed the W223, the new S-Class certainly looks the part with the front featuring smaller LED equipped headlamps than previous S-Class models, which does give it a bit of sportier demeanour while the enlarged grill brings everything back into perspective, letting you know that this is the big daddy of luxury sedans without screaming it like BMW has done with their grilles which might as well take up the entire front of the car. Below that grill is a newly designed bumper which ties in the with rest of company’s sedans. Personally, despite the design looking modern and new, I think Mercedes-Benz should have done more to differentiate it from the E and C-Class; it is an S-Class after all.

The side view, however, screams classic S-Class, and yes there are a few curves and style lines here and there, but what I always loved about the S-Class was the relative “slab sidedness” of the side profile. The expanse just oozes strength, and can you see just how big those doors are?!  I also love how the short overhangs, both front and rear stretch out the wheelbase, adding to the car’s presence. 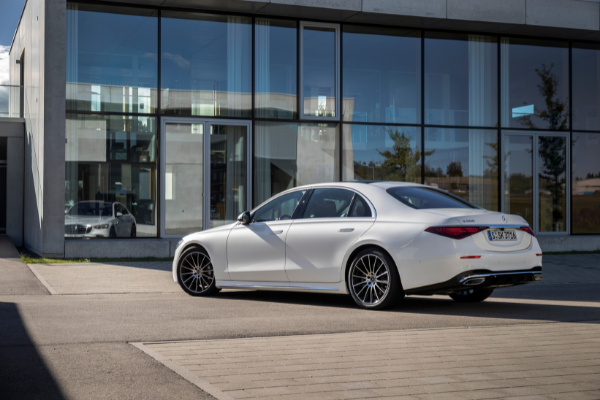 At the back, it’s a similar case as the front, the taillights play into the current Mercedes-Benz design language, but I feel they could have done more to give the S-Class its own appearance. Despite that criticism, I am by no means implying that the back (or any part of this car for that matter) doesn’t look good, and I would most definitely choose this over the latest 7-Series. 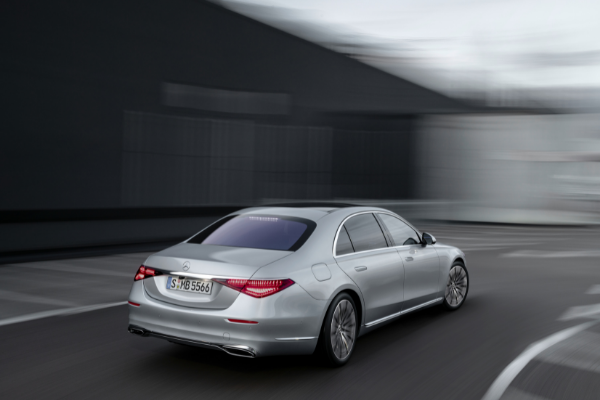 On the inside, my opinion is swayed even further away from the 7-Series thanks to car's luxurious, modern ultra-slick interior design.  It’s as if Mercedes took every design element from modern luxury yachts and high-end electronics, and brought them together to create an interior that surpasses expectations. Yes, Mercedes have kept the classic elements like the quilted leather and wood finishes but look at how they are integrated with the electronics on dashboard, the metallic trim finishes and the LED mood lighting that encircles the passenger compartment. What I also love about the interior is how the centre console stretches the entire length of the interior, giving each passenger their own “pod”. 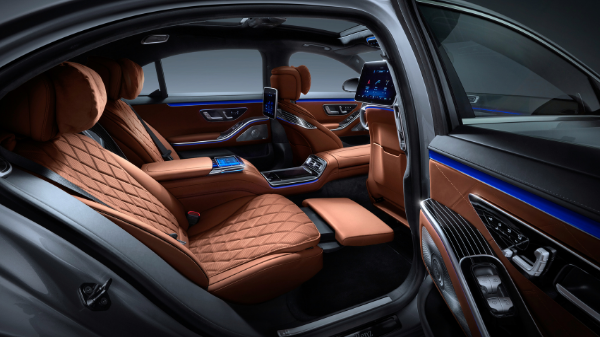 Apart from just looking the part, the interior is also laden with the latest tech that you would expect from the S-Class, and the model also features a top of the line 31 speaker Burmester 4D surround sound system with eight exciters. The exciters are integrated into the seats and reproduce the sound resonance creating what Mercedes has termed a “three-dimensional listening experience”.  The infotainment system is controlled via the 12.8-inch OLED (Organic Light Emitting Diode) central display which is equipped with MBUX voice control, and also offers a three-dimensional representation of other road users and pronounced depth and shade effects which can be set by the driver. 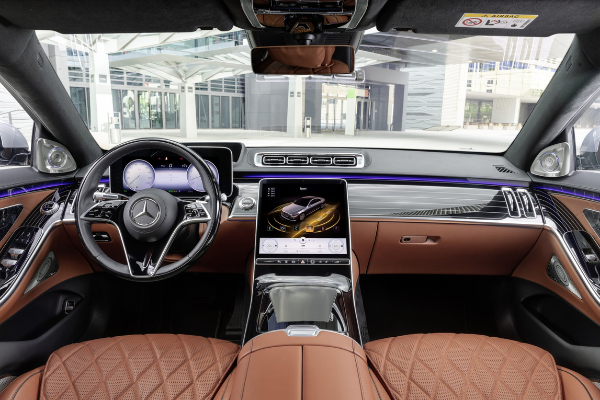 Irrespective of the model you buy, the S-Class is laden with every convincible driver aid and safety feature within the Mercedes arsenal.  This has resulted in a car that feel poised, handles a little too good for its size and inspires confidence, something that even the most advanced SUVs still struggle with given their size and height.

With the launch of the new S-Class in South Africa, the model has once again set the benchmark for luxury sedans. Yes, you may not get the bigger engines you could before (the V8 and V12 engines are reserved for the Maybach edition cars), but the new S-Class is still is what the S-Class always was; brilliant in every sense.

Want to experience luxury for yourself? Then find your S-Class in the ClickaCar Virtual Showroom.