Need Some Excitement? The Audi TT is Where You’ll Find It 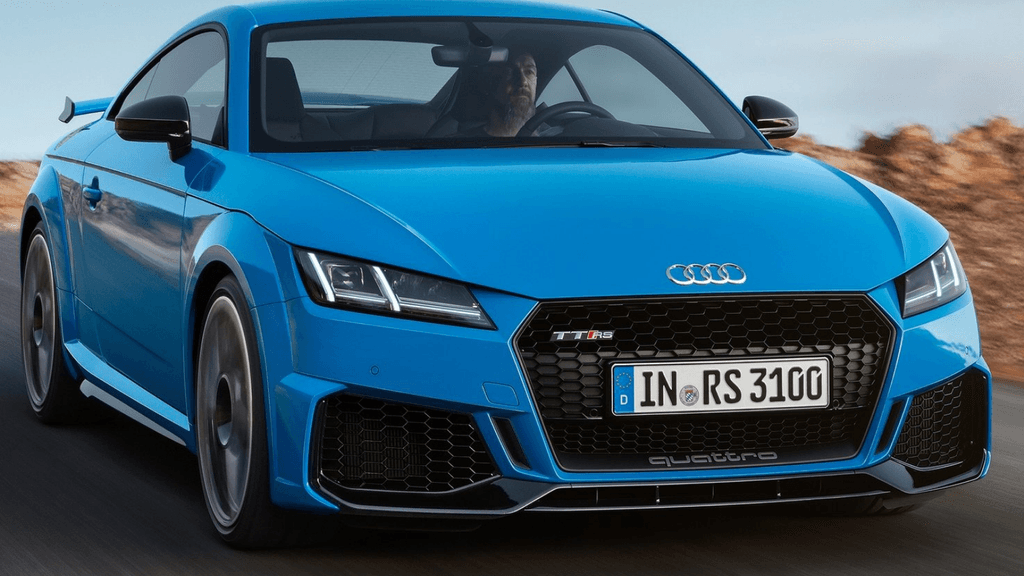 The Audi TT may be an entry-level sportscar but the excitement it offers is top shelf!

Launched in the late ‘90s, the Audi TT was a breath of fresh air on the sports car market, offering drivers a fun and good-looking car underpinned by rock-solid and affordable mechanics shared with very unlikely stablemates, all at a price that made it far more attainable than its competitors.

This ethos has not changed and today, both new and used TT models still offer exceptional bang-for-buck and naturally, we had to check them out!

The first generation or 8N TT began production in 1998 and was made available in both roadster and coupe body styles, with the roadster offering only two seats while the coupe could be termed a 2+2 given the size of the backseats.

When it first hit the scene though, many people criticized the TT’s shape, labelling it an upside-down bathtub, but the model still proved popular as it offered an exceptional drive while still offering looks that separated it from the humdrum sea of hatchbacks and SUVs which populate any daily commute. 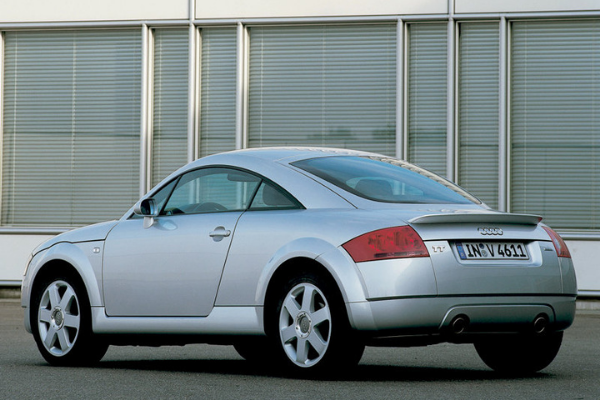 Despite its far from commuter-car looks, the 8N TT’s drivetrain was shared with its far more conventional stablemates, the Golf Mk4 and Audi A3. Well to be fair, it was an updated version of the drivetrain which included Audi’s legendry Quattro drivetrain.

Given the drivetrain sharing, the 8N was equipped with the 1.8 20-valve turbocharged engine you would find in the Golf Mk4 GTI and the Audi S3. Several years into the 8N TT’s life cycle, Audi decided to launch a 3.2 litre V6, but this model never proved as popular as the 1.8 turbocharged model.

Today, finding a first-generation Audi TT is not difficult, with prices starting as low as R90,000 for high mileage cars while prices tend to level out at around R150,000. If you are an extrovert, I would recommend getting your hands on an example with the baseball glove leather, it is just so unusual and unexpected from a company like Audi.

With regards to maintenance, as with any Volkswagen Group model, there is a vast network of dealers and independent specialists who can help you maintain your TT. 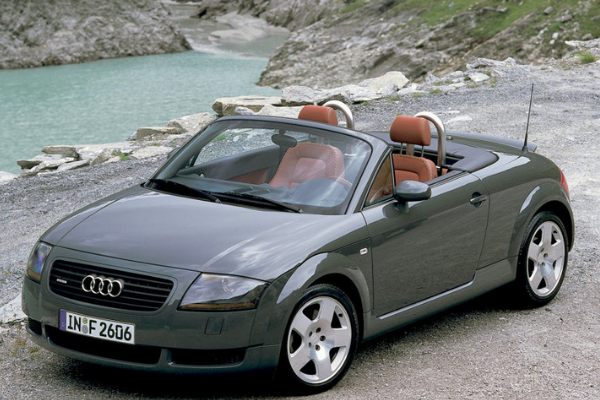 The second-generation 8J TT went into production in 2006 and this time around Audi made sure that critics could not fault it thanks to edgier and aggressive styling which still looks good today, almost 20 years later.

Like the first-generation TT, the 8J was offered in both roadster and coupe body styles but for some reason, the roadster never proved very popular and today, coupe models tend to outnumber roadsters on the used market. 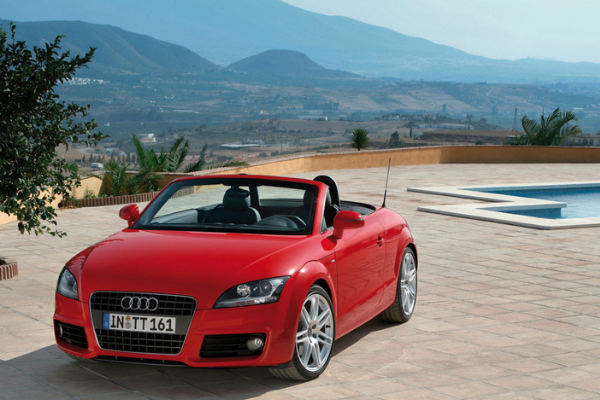 Keeping with the tradition, the underpinnings of the 8J TT was shared with the Golf Mk5 and 8P Audi A3, and featured Quattro with an option of either a manual or automatic gearbox (mind you, manual cars are extremely thin on the ground).

When it came to engine options, South African released cars were made available with either a 2.0 turbocharged motor as found in the Golf Mk5 GTI and S3, or a 1.8 turbocharged variant. The big daddy, however, and the model you want sitting inside of your garage is the TT RS which comes equipped with a 250kW 2.5 litre 5-cylinder engine, a full body kit with a fairly large boot spoiler and different wheels.

Prices for early 8J model TTs start from R120,000 and climb to over R260,000 for newer cars. If you are looking for an RS (which you should) expect to budget around R500,000 to be safe…and that is assuming that you can find one for sale! 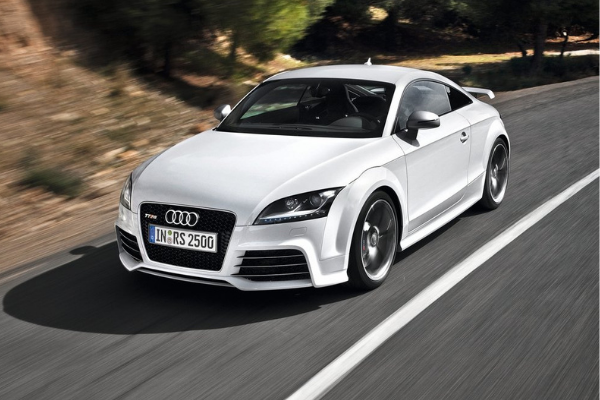 The third-generation TT or Type FV/8S is the latest incarnation of the Audi TT and the best looking. Yes, the previous generations were cool, but the current car’s sharp, aggressive and almost sinister looks give it a far more exotic appeal. In all honesty, it looks better than the latest R8!

Apart from the re-style, Audi stuck to tradition when it came to the third-generation TT choosing to share the platform with the Golf Mk7 and 8V Audi A3. Still sticking with tradition, the current Audi TT still makes do with Quattro which gives it the handling edge over its current competitors like the Z4 (A stunning car as well if I must add). 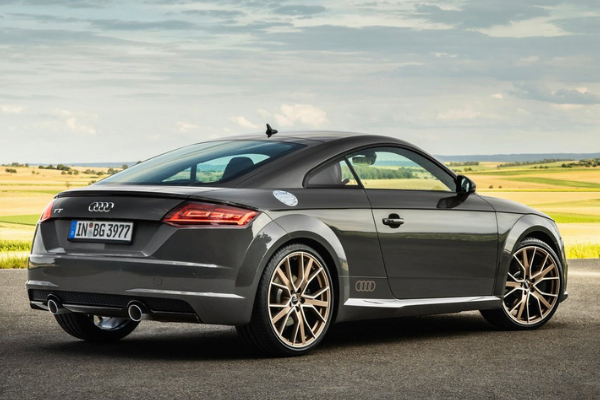 Engine-wise, this latest TT is available with a 235kW 2.0 turbocharged engine if you purchase the TTS model. If you have a (a lot) more cash to splash, then once again the RS model is the one to go for in either roadster or coupe configuration. Whatever body styles you choose though, you will still be getting a 2.5 litre 5-cylinder under the bonnet with 294kW to play with.

Pricing for TTS spec cars around the 5-7 years old mark starts at R390,000 and climbs to R870,000 plus depending on the options you tick when you choose to drive it new off the showroom floor. For high-performance fans, an older model RS will set you back about R700,000 for a coupe but you can expect to pay R1.1 Million for a brand-new RS coupe or R1.15 million for a roadster. 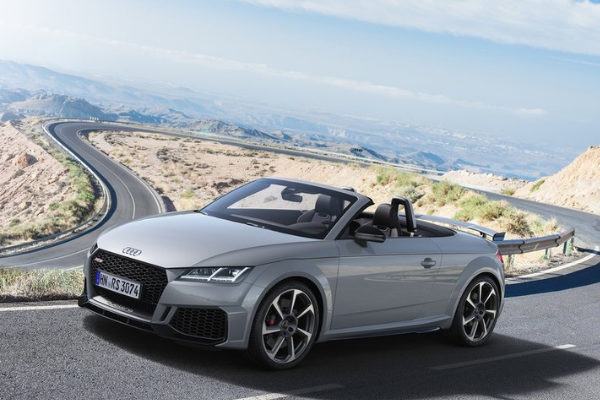 Irrespective of which generation Audi TT you opt for, you are buying a car that does not only offer exceptional bang for your buck, but it will make every drive feel special, even if it's just your daily commute.

Get ready to welcome an Audi TT into your life by visiting the ClickaCar Virtual Showroom.