Is the Ford EcoSport Your Next Compact SUV? 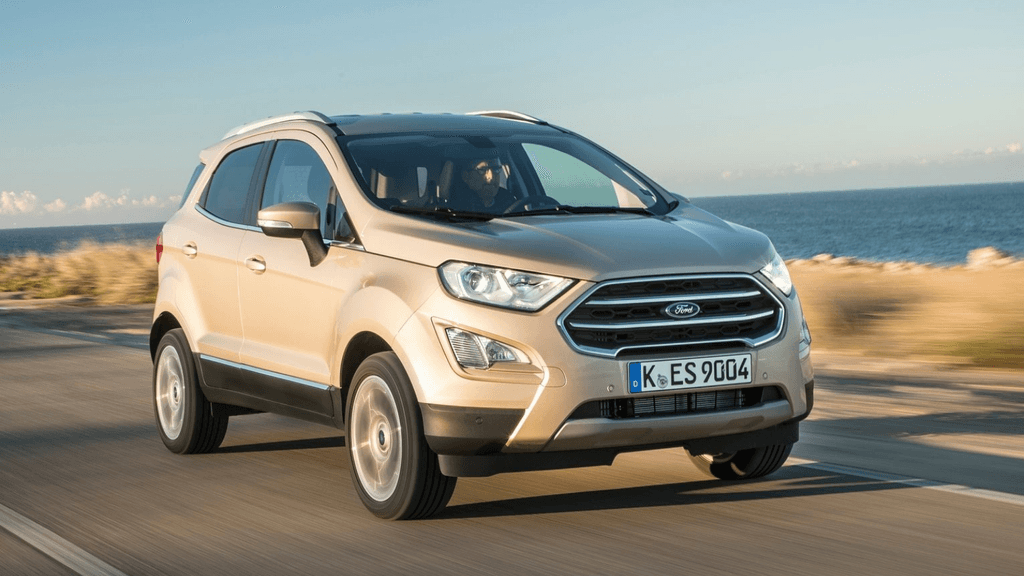 The Ford EcoSport is the Compact SUV that started it all.

I’ll be the first to admit that ClickaCar has been giving Compact SUVs the likes of the Hyundai Venue, Suzuki Vitara Brezza and the Nissan Magnite a lot of attention lately but it seems we have overlooked the most significant Compact SUV of all time, the Ford EcoSport. Now you may be wondering, what makes the EcoSport so “significant”? Well, the Ford EcoSport is the Compact SUV that created the segment which has become home to many South African buyers. So, amidst loads of competitors, is the Ford EcoSport a worthwhile purchase? That’s what we want to find out!

To give you a little background first, the EcoSport (well, the first model to be sold in SA) was the second-generation BK variant which was developed in Brazil and went on to be assembled in several countries across the world. Underneath raised ride height of the EcoSport, you'll find Ford’s B2E platform which also underpins the Fiesta. 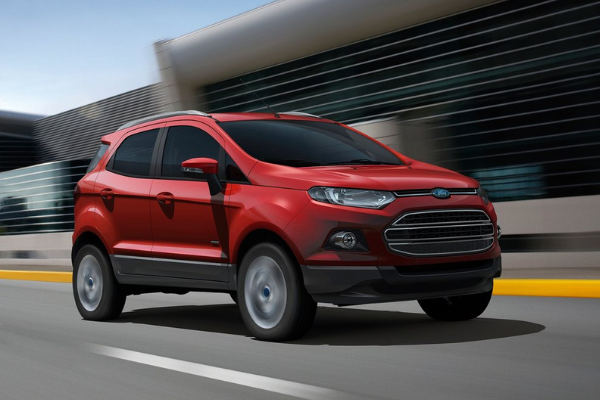 Moving back to South Africa, the first EcoSport models arrived on our shores back in 2013 and from the outset, the model divided opinion. Some people loved the raised body style and subsequent ground clearance while others simply said it was a Ford Fiesta trying to be an SUV. Personally, I love the EcoSport, the size and dimensions make it ideal for city life while the raised ride height makes gravel roads and steep driveways far easier to negotiate. As for the comments about the Fiesta styling, I see the relation, but I don’t see the resemblance. I will however admit that I would fit larger wheels and tyres if I were to buy an EcoSport. Overall, it’s a good-looking car which isn’t trying to be overly rugged because that the end of the day, it’s not a 4x4. If you want to go a step further, there is a range of accessories available for the EcoSport from trusted local suppliers including nudge bars, side-steps and other accessories. 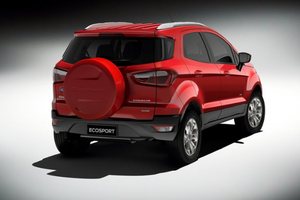 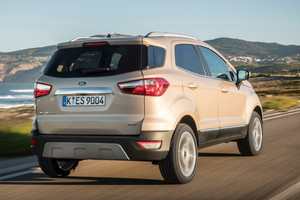 Apart from the styling, the EcoSport is available in several trim levels Ambiente, Trend and Titanium. Each trim package is equipped with an increasing number of accessories ranging from your simple infotainment system and parking sensors in the lower-spec Ambiente to the full-blown collection upgrades like GPS, LED lighting and an 8” touch screen to name just a few as found in the Titanium.

When it comes to engine options, the EcoSport has something which should suit every taste and budget. The smallest engine in the range is the 1.0 three-cylinder turbocharged EcoBoost which produces 92kW and 170Nm of torque in its latest incarnation. Then there is your choice of two 1.5 engines, a TDCI turbodiesel which produces 74kW and 205Nm of torque and a naturally aspirated three-cylinder with 91kW and 151Nm of torque if you opt to drive a brand new EcoSport off the showroom floor.

Whichever engine option you choose, they all drive the front wheels with the choice of either a 6-speed automatic or a 5-speed manual across the range, excluding the diesel which is only available in manual. The drive itself is a composed affair given the car’s hot-hatch underpinnings, but the raised ride height does mean that you do lose a bit of the sharpness you would enjoy in something like a Fiesta ST. Nonetheless, the ride is comfortable and thanks to front disc brakes and rear drums, braking is on point with competitors and the price range. 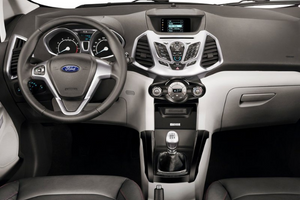 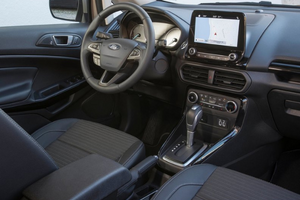 On the inside, the EcoSport remains a very nice place to be. The dashboard (in both the older and facelifted models) echoes the Ford's modern design language and the plastics used as not as bad as could be for a car initially designed for developing markets. Comfort and space-wise, the EcoSport shines especially when you consider that it's built on a “super-mini” platform. The boot area however is extremely impressive thanks to its depth and the added advantage of fold down seats while the side-opening door makes loading and unloading easier. 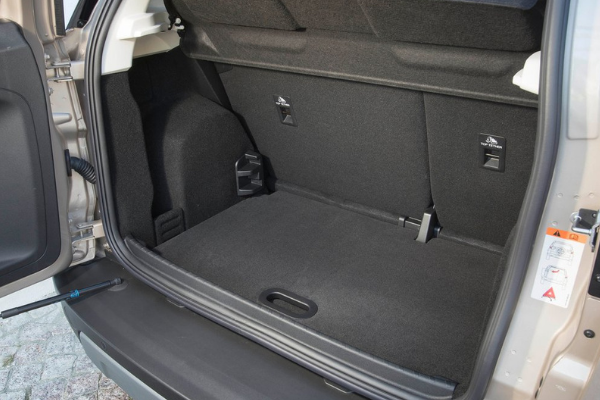 Now that I have convinced you that a Ford EcoSport is your next must-have car, you must be thinking about how much it is going to cost you? If you’re looking at a brand new 1.5 Ambiente with a manual transmission, the price starts at R311,400 and it climbs to R416,900 if you opt for a 1.0 EcoBoost Titanium automatic. On the used market, prices are more affordable with early, 2013 1.5 Ambiente models starting at R124,000 and 1.0 Ecoboost models starting at roughly the same price.

Regardless of which option you go for (engine, spec and model-year) the EcoSport does offer an extremely good purchase, especially for young families or people who lead a more active lifestyle but don’t need or can’t afford a full-blown 4x4.

Looking for a Ford EcoSport for sale? You can’t go wrong with the ClickaCar Virtual Showroom.