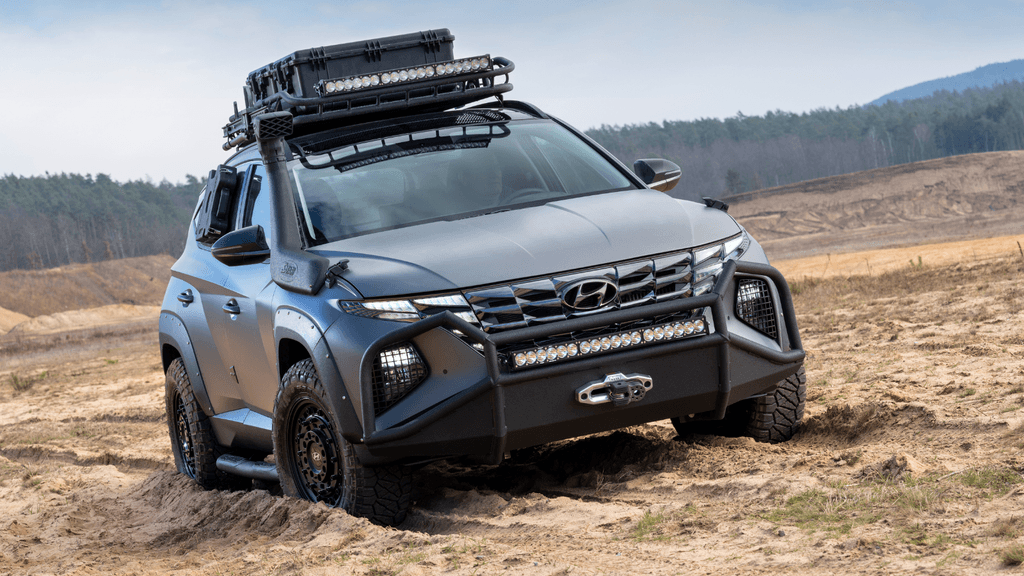 Hyundai gave its Tucson a rugged makeover for the adventure blockbuster, Uncharted and now we WANT it!

The Hyundai Tucson is a stunning SUV, no questions there, but would you consider it a serious off-road contender the like of a Land Cruiser? Probably not, but that has all changed courtesy of the team at Hyundai America Technical Centre, Inc. (HATCI)

Thanks to the HATCI and the directors of the blockbuster adventure movie Uncharted, starring Tom Holland, a humble Tucson was given a makeover that transformed it into what Hyundai has labelled their Beast concept.

To achieve the Beast’s Hollywood transformation, HATCI adorned the vehicle with a newly designed custom front bulbar which incorporates a winch, skid plate and auxiliary LED lighting, while at the back, a spare wheel carrier has been added which places the spare where it should be on a SUV. 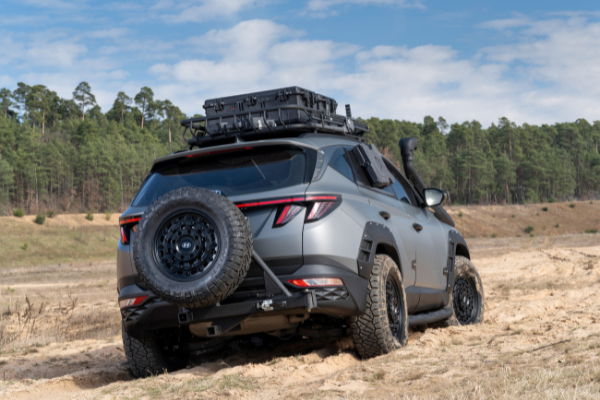 On top of the Beast, an ARB roof basket was added, with more LED lighting and just in case you come across a river while on the hunt for adventure, a snorkel has also been fitted.

Down the sides, HATCI has added fender flares, something I’m sure Ford Ranger drivers noticed straight away and there is a set of side steps/rock sliders. Finishing off Beast’s menacing looks is a set of Black Rhino Armory wheels in matte gun-metal black wrapped inside massive 33” Nitto Trail Grappler tyres.

Aside from the cosmetic upgrades, the Beast is still your “normal” Tucson underneath the skin, equipped with Hyundai’s signature HTRAC all-wheel-drive technology which gives it a massive edge over other lifestyle SUVs, many of which don’t even have all-wheel drive!  HTRAC also offers several drive modes: Normal, Sport, and Eco together with a Terrain Mode selector for mud, sand and snow. 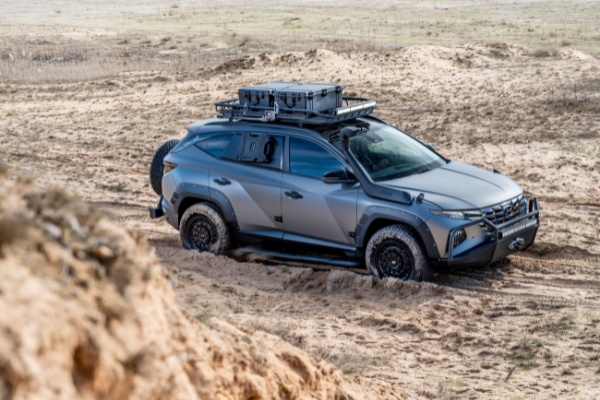 Unfortunately, the latest Tucson is not offered in all-wheel drive in South Africa, with the local range consisting of petrol and diesel options which drive the front wheels. To add further insult to injury, Hyundai has made no announcement on putting the Beast into production or offering the accessories through their dealer networks.

So, where does this leave every cinema goer who has fallen in love with the Beast after watching Uncharted (myself included)? Well, by the looks of things, we can only dream but I am sure that if enough consumers express a desire to own a Beast of their own, we may just see them hitting dealerships soon...so what are you waiting for? Start knocking on the door of your local Hyundai dealer and tell them that you want to experience your next adventure behind the wheel of your own Tucson Beast!

You may not be able to get your hands on a Tucson Beast, but there are still loads of Hyundai models waiting for you in the ClickaCar Virtual Showroom.