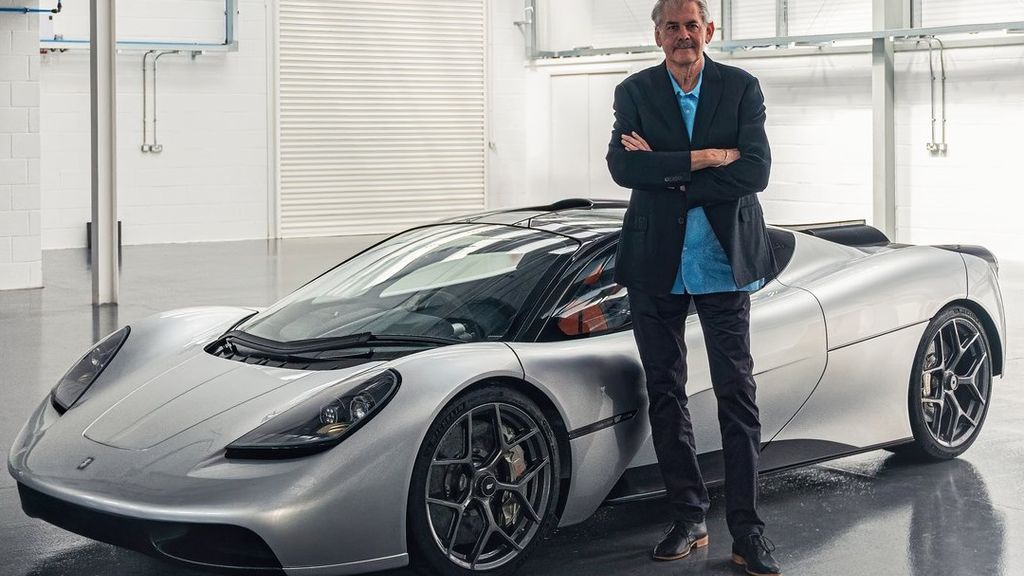 Did you know the man responsible for the iconic McLaren F1 was born right here in SA?

Gordan Murray, does the name ring a bell? If you are a car enthusiast, chances are you know all about him but if you are not the biggest car fan, you must be thinking...WHO?

Born in Durban in 1946, Gordon Murray is one of the most influential car designers in the world with a career spanning 6 decades, and ClickaCar has decided to look at some of his greatest creations!

Before we get into that though, here is a little history on this living legend. Gordan's passion for all things mechanical began with his dad who was a motorcycle racer and after completing school, Gordon went on to study Mechanical Engineering at the Natal Technical College. In the mid-60’s he also built and raced his own race car, the IGM Ford which was campaigned from 1967 to 1968.

In 1969, Gordon moved to England in the hope of finding a job with Lotus Cars but instead, ended up working for the Brabham Formula 1 team, where he remained until 1986.

After his stint at Brabham, Gordon joined McLaren in 1987 as their Technical Director where he was influential in their design of some of their most iconic Formula 1 cars. In 1991, Gordon transferred to McLaren Cars, heading up the division and giving birth to the iconic Mclaren F1.

In 1997, Gordon established Gordon Murray Designs, a Design Consultancy responsible for the T.25 or Type 25 prototype city car and the new T.50 supercar.

Apart from just producing iconic cars, Gordon has also been made an Honorary Professor and awarded an Honorary Doctorate by the Durban University of Technology, and in 2018 he was made a CBE, an honour bestowed upon him by Queen Elizabeth II.

Now that you know a little more about Gordon Murray, it's time to find out more about some of his special creations. 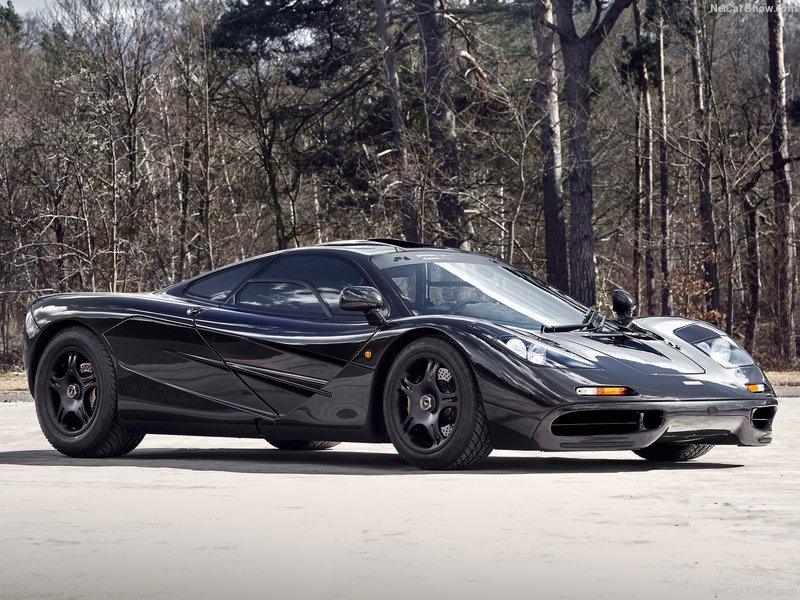 The McLaren F1 was designed by Gordon Murray and Peter Stevens with development beginning in the late ‘80s. The McLaren F1 was conceived to be the ultimate road-legal car and utilised exotic materials such as carbon fibre, titanium, gold, magnesium and kevlar to achieve this goal.

Aside from exotic materials, the McLaren F1 also features bespoke technological innovations and some cars (those without the track-inspired wing and splitters) were equipped with kevlar fans underneath the body which mechanically suck the chassis to the ground to increase grip.

The most iconic feature of the McLaren F1 however is the 3-seater passenger configuration with the driver’s seat mounted in the centre. This was inspired by Formula 1 cars, placing the driver in the best possible position and aiding weight distribution. 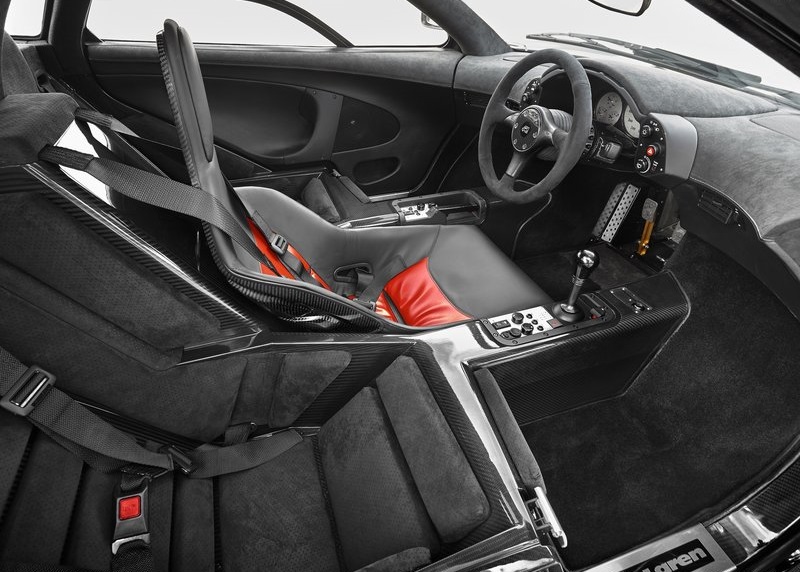 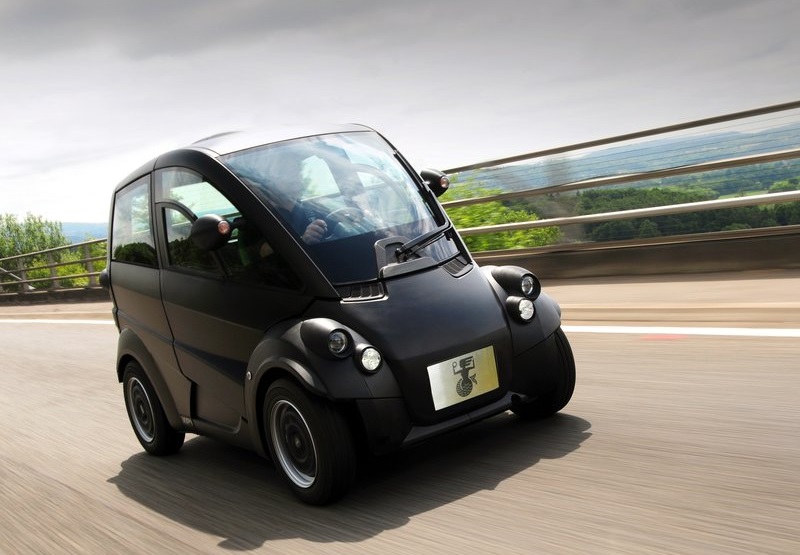 The T.25 or Type 25 is a city car designed by Gordon Murray as a solution to alleviate traffic and parking congestion in major cities.

The T.25 features tandem seating in a similar layout to the McLaren F1 with a single upwards opening canopy, and measures 2.4m long, 1.3m wide and 1.6m high, making it smaller than a Smart For-Two.

Powering the T.25 is a three-cylinder petrol engine but in 2011, an electric version dubbed the T.27 was launched.

In 2013, the rights to the T.25 and T.27 were sold to a manufacturing concern with production earmarked to begin in 2016. Unfortunately, this never came to fruition and only several prototypes exist. 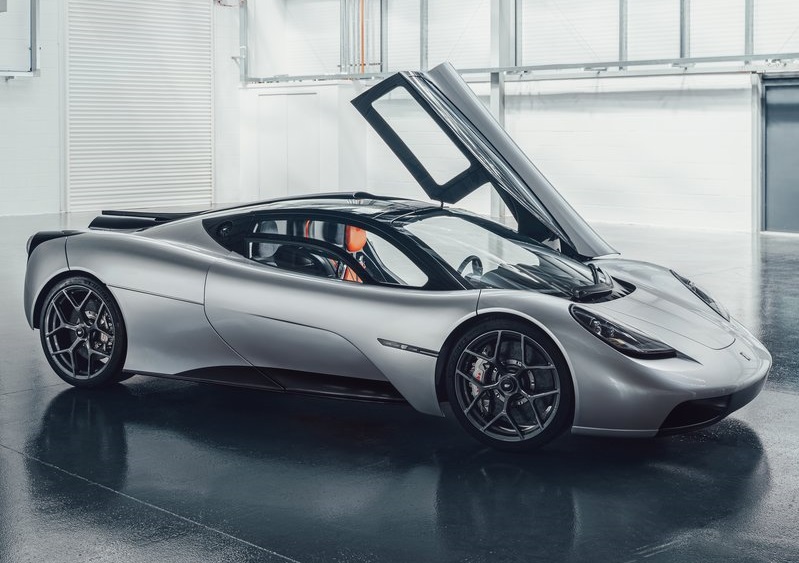 The GMA T.50 or Gordon Murray Automotive Type 50 is Murray’s latest creation and is viewed by many as the true spiritual successor to the McLaren F1.

Being a Gordon Murray designed car means that the T.50 does not rely on big power alone to get the job done. Like the McLaren F1, the car also uses exotic material to keep the weight down, and all in, the T.50 only weighs 968kg, which is lighter than the F1!

The T.50 also makes use of both active and passive aerodynamic enhancements which includes a 40cm 8.5kW fan integrated into the rear of the car which increases downforce.

Inside the car, the T.50 carries over the three-seat configuration first seen in the F1 and it features a traditional H-pattern manual gearbox shifter.

GMA is also set to produce a track-only variant of the T.50 dubbed the T.50S Niki Lauda with weight reduced to 852kg, more aggressive aerodynamics and increased power output.

The T.50 is priced from GBP2.3 million with the T.50S estimated to sell for around GBP3.1 million. 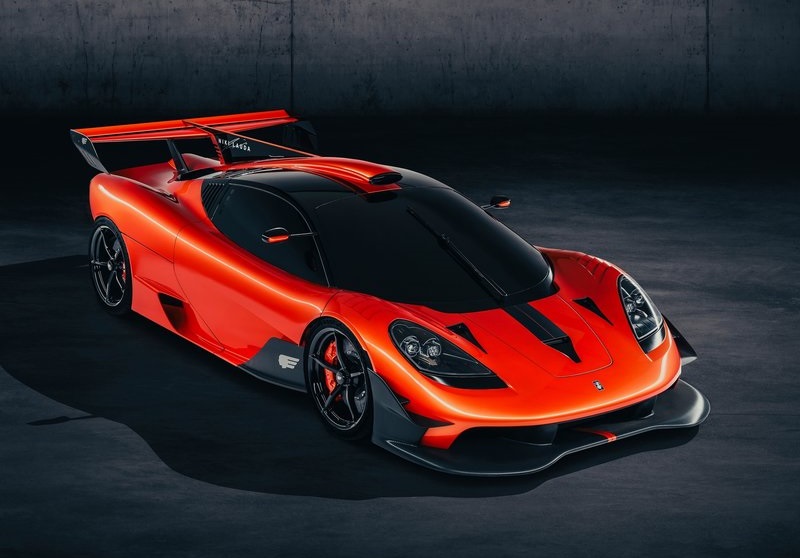 With a CV that boasts some of the most hallowed names in the automotive industry and iconic projects to his name, Gordon Murray has become one of the motoring world’s most respected figures...not bad for a Durban boytjie, hey bru?