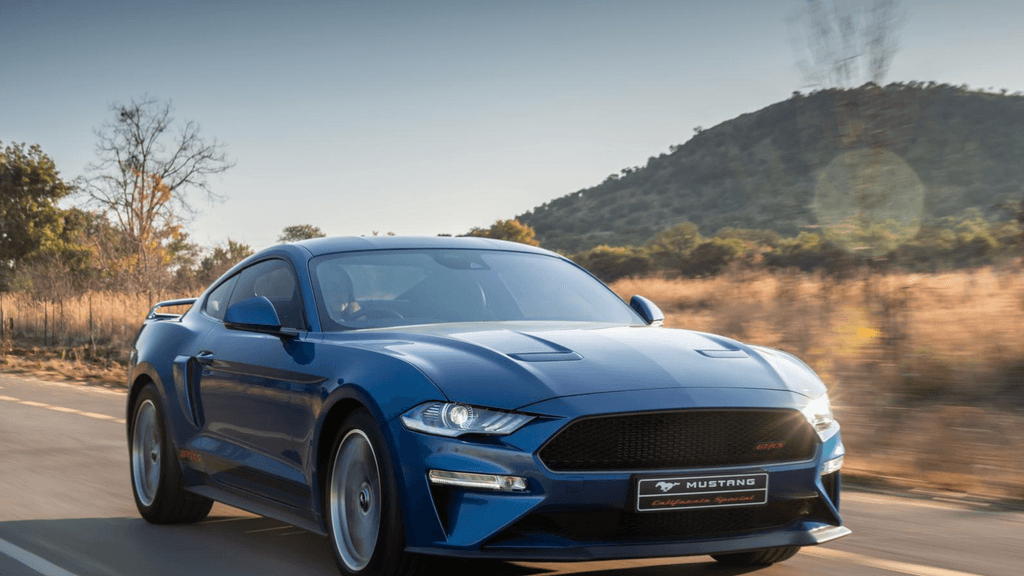 Let’s be honest, there isn’t much to be happy about right now, the world is in turmoil, the petrol price shoots up monthly and load shedding leaves us in the dark daily.  That certainly paints a pretty bleak picture but thankfully Ford South Africa has decided to bring a bit of sun-drenched California to local shores with the introduction of the limited-edition Mustang California Special!

The origin of the California Special can be traced back to regional dealerships in the US creating personalised designs to entice the growing Mustang Owner’s Club scene. One Dealer’s creation, a notchback coupé with a blacked-out grille, fog lights, side racing stripes that ended ahead of the rear side air scoops and a Shelby-inspired spoiler, which was dubbed the California Special, impressed the head honchos at Ford so much, they put a limited number of cars into production for the 1968 model year.

Move forward to 2022, and Ford has recaptured the spirit of that original run of cars by taking their latest Mustang and giving it a honeycomb front grille finished in Ebony Black with a Race Red GT/CS badge, lower side stripes, racing stripes running from the front to the rear wing, and hidden “California Special” script that is almost invisible in low light conditions but becomes much more prominent when out in the bright sunlight. Aside from the decals, the car has also been fitted with a larger front splitter, a rear spoiler from the GT Performance Package and side air scoops on the rear doors, a first for the Mustang in SA.

When it came to wheel choice, Ford put a modern spin on the classic 5-spoke alloy from the ‘60s original, bumping it up to 19-inches and finishing them off in Carbonised Grey.

To go along with those classic-inspired wheels, the decals and the aero accessories, Ford is also offering the California Special in 9 exterior colours and five metallic colours.

On the inside, Ford has finished the seat and door inserts in grey Miko® suede, an ecological, synthetic material made from recycled polyester, and the stitching is now a racy shade of red. The instrument panel has also been updated, now sporting a Carbon Hex aluminium finish with a unique Mustang California Special badge. Aside from the visual updates, the interior also plays host to Ford’s SYNC®3 communication and entertainment system which allows you to control your connected smartphone, audio, navigation, and climate control functions with conversational voice commands. There's also a central eight-inch touch screen and Apple CarPlay and Android Auto compatibility. 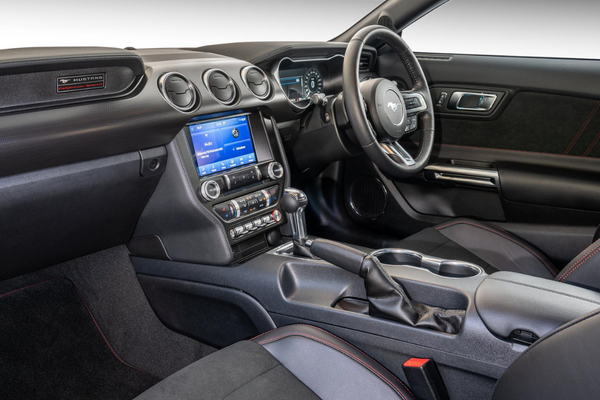 You won’t want to use that infotainment system when you hear what’s under the hood though, a 5.0-litre V8 engine breathing through 4.5-inch tailpipes linked to the Active Valve performance exhaust! Apart from the harmonious sound, those 5 litres of American Muscle also churn out 330kW and 529Nm of torque, which it puts down onto the tarmac thanks to a 10-speed automatic gearbox. This combo sees the California Special shrug of the 0-100km/h sprint in 4.5 seconds

To ensure that you can enjoy all that power, Ford has equipped the California Special with Adaptive Cruise Control with Pre-Collision Assist and Lane Keeping Alert. There are also several driving modes, Normal, Sport, Track, Drag and Snow/Wet for added peace of mind. 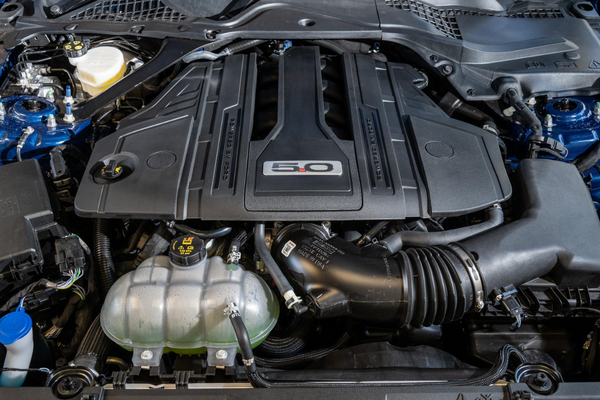 Ford South Africa will be limiting the number of California Specials they release to South African car buyers to just 100 units, making them instant collectors’ pieces like the Bullitt and Mach 1 edition Mustangs.

Dreaming of owning a Mustang? Stop dreaming and find yours in the ClickaCar Virtual Showroom.