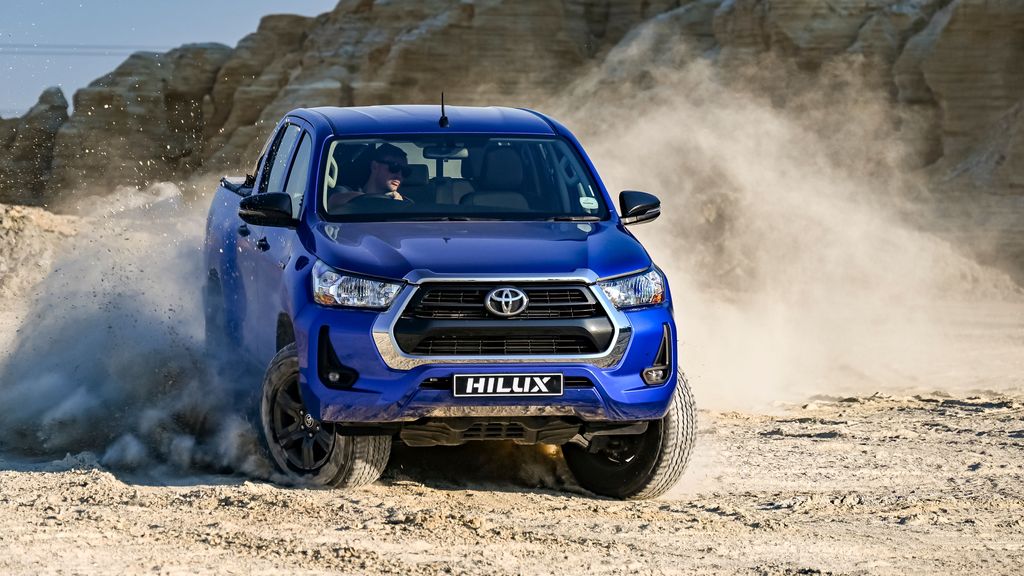 Look up bulletproof in the dictionary, and next to it you might find a photo of the Toyota Hilux.

Ask anyone which is the toughest bakkie in the world, never mind just South Africa, and chances are they will name the Toyota Hilux.  Over the last several decades, the Hilux has earned a reputation for being a class leader, finding favour with private buyers, NGOs, police forces, security firms and even rebel groups worldwide.

Where the Hilux proved its worth was on an unforgettable episode of Top Gear. In that episode, a red 80’s model was washed away by the tide and then placed on top of a building before it was imploded, and the bakkie could still start! 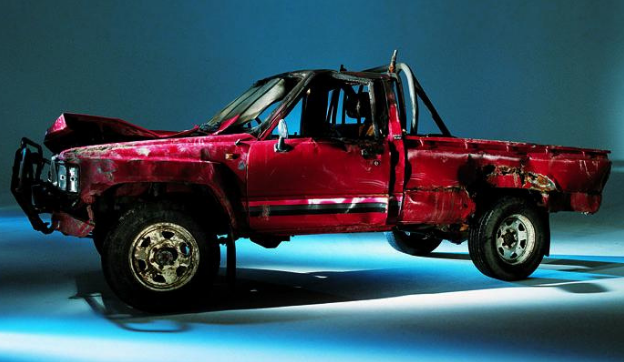 The history of the Hilux dates back to 1968. In South Africa however, our Hilux manufacturing history begins in 1984 when the first locally produced model, the N50, N60 and N70 rolled off the production line at Toyota South Africa's plant.  This model was available in double and single cab configurations and was used extensively by every sector of society, including the South African police, the army, farmers, businesses and some leisure buyers. Catering for so many buyers meant that Toyota had to make the Hilux available with a range of engines, and you'll find a collection of petrol engines starting with a 1.6, 2.0, 2.2, 2.4 and the 3.0 V6. There was also a range of similarly sized diesel options, minus the V6.

You could also have this model in 2x4 and 4x4, and in true old school 4x4 style, it had manually locking hubs.

The fourth-generation Hilux is still very popular on South African roads, with many businesses, farmers and general enthusiasts still enjoying them. Given their long production run, you can still find many of them on the used market. 80’s models can cost around R60,000-R80,000 depending on the mileage and spec, while the 90’s models are still fetching around R90,000 and upwards. 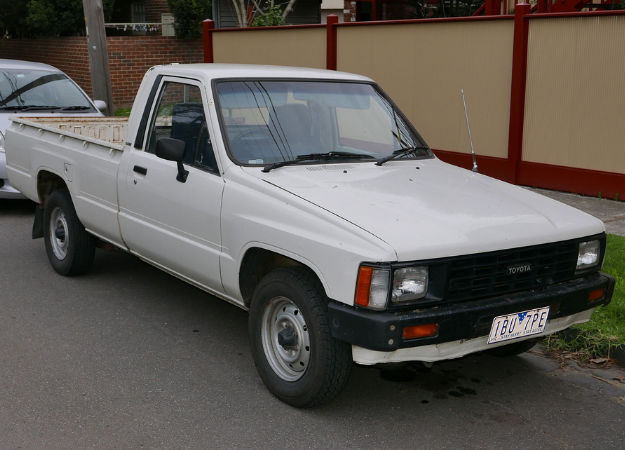 In 1998, Toyota SA introduced the sixth generation, choosing to forgo the fifth generation, which was released internationally by keeping the fourth-generation model in production due to local content laws. Once the sixth-generation N140, N150, N160  and N170 models hit the showroom floors, they flew out the doors as local fans couldn’t wait to get their hand on the first new Hilux in almost two decades.

In typical Toyota fashion, this model was available in a host of configurations, ranging from your basic 2x4 single cab right up to the top of the range double-cab 4x4. The top of the range models were appointed with far more luxuries as Toyota shifted into the burgeoning leisure market. There was also a raised body version which gave you the height of the 4x4 with a 2x4 transmission.

Engine-wise, you could take your pick from a host of 4-cylinder petrol, diesel and turbo diesel engines, with the top of the range being the powerful, albeit thirsty V6 petrol.

This model was sold until 2005 and became extremely popular, which is reflected in the pricing. 2.0 workhorse models are still sitting around the R90,000 mark while higher-spec models, like the 2.7 Raider double-cab, are still trading for over R100,000. 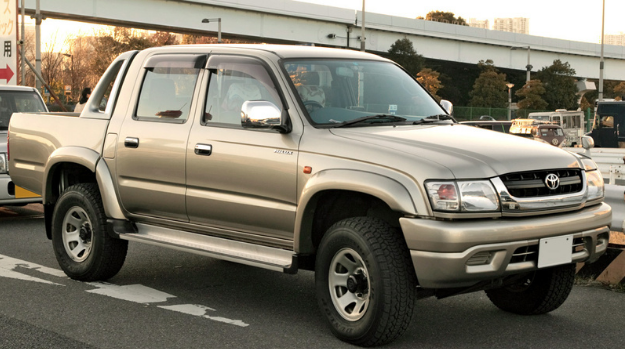 Following the success of the sixth-generation model, Toyota introduced the new AN10, AN20 and AN30 models that they pushed even further into the leisure market while still maintaining their reputation as builders of reliable bakkies. The seventh-generation still catered for the “normal” bakkie owner, with long and short-wheelbase models being made available. Together with the single and double-cab, a new extended cab model was also added to the range. The engine line-up included 2.0 and 2.7 petrol four-cylinder models and a 4.0 V6. The diesel options included the 2.4 and the now legendary D4-D in both 2.5 and 3.0. The D4-D has become the go-to engine for strength and reliability.

The transmission options on offer also highlighted the shift towards the leisure market. Aside from the 5-speed manual option, a four and 5-speed automatic option was made available in the higher-spec models.

Prices for lower spec seventh-generation models with the D4-D are still in the R100,000 bracket, and the higher-spec double-cab Raider models still trade around R140,000. If you want to spoil yourself, try and find a  3.0D double-cab 4x4 auto Raider model, they are still pricey, upwards of R200,00, but they are indestructible. 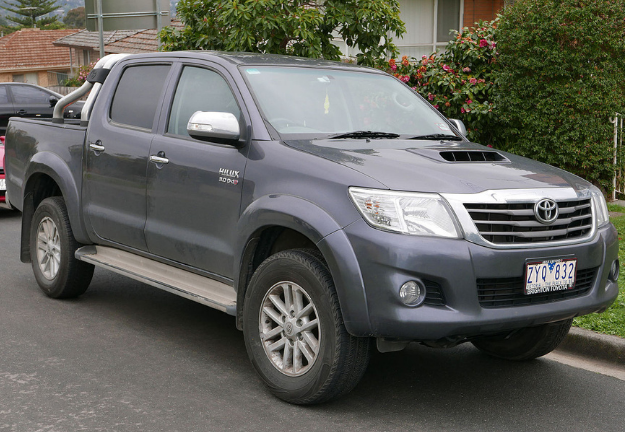 2015 saw the introduction of the new eighth-generation AN120 and AN130 models and with it somewhat controversial styling. The launch of this model came fresh off the back of another Dakar win, so the hype and marketing reflected it and even included the launch of the GR (Gazoo Racing) model with special livery. 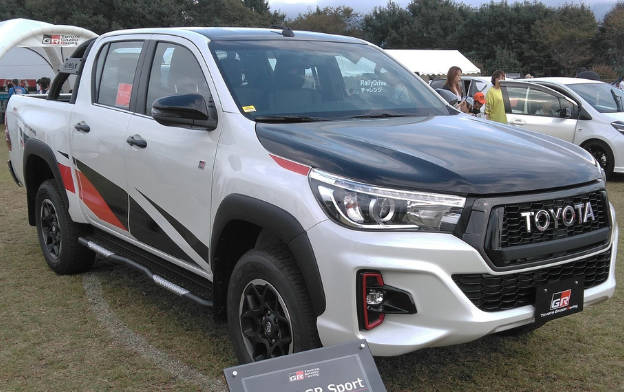 Like the models before, you can expect your range of work-horse models, with the majority of them available in single and the extended cab body style known as the Xtra cab. The more upmarket variants are available in double-cab with interior finishes that rival that of some luxury cars.

The eighth-generation Hilux can still be bought new with prices starting at R313,000 for a 2.0 manual single-cab and climbing to R882,400 or more for the top of the range 2.8GD6 Legend SR double-cab with 4x4 and the auto ‘box. 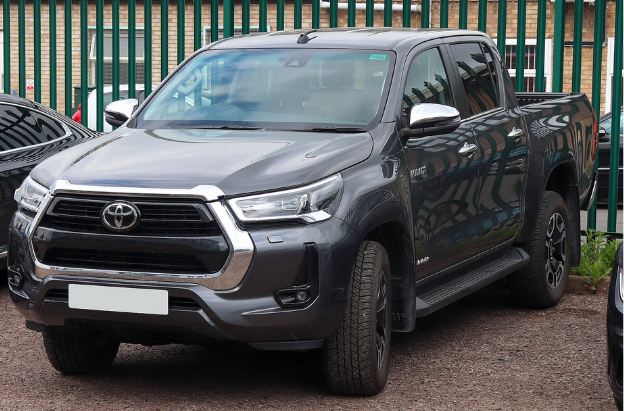 The Hilux has been facing stiff competition from the Ford Ranger as of late, but it still retains its hardcore band of followers and an unwavering reputation for reliability. The Hilux is also one of the slowest depreciating vehicles in our series. All of these factors are what makes it worthy of our Second Hand Hero's badge of honour.

Looking for a Toyota Hilux? Visit the ClickaCar Virtual Showroom and Find Yours Today.