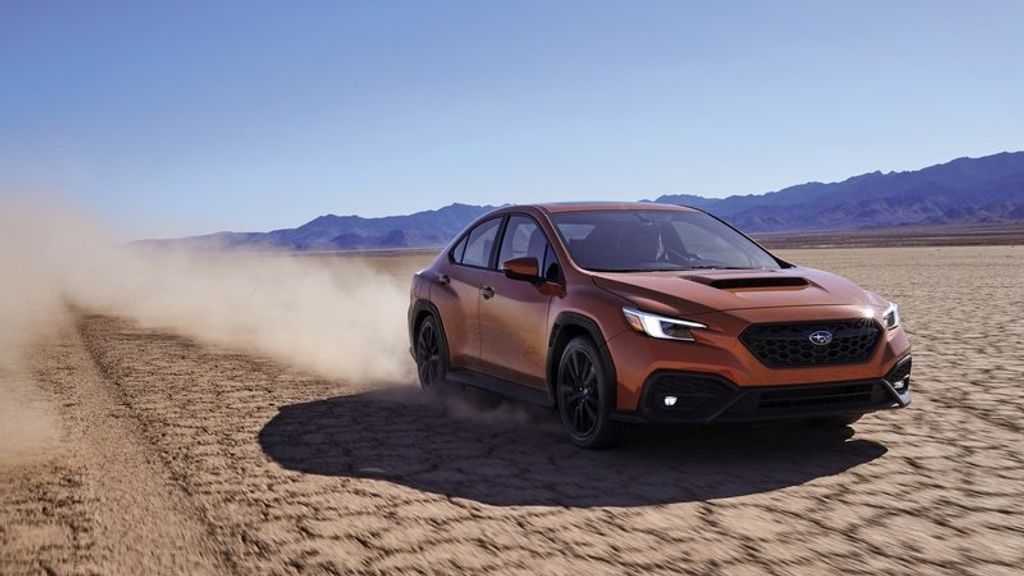 Subaru’s legendary sedan gets a makeover and it's heading to SA.

The WRX is probably Subaru's most famous model, a nameplate introduced in the early ‘90s that went on to become a rally legend and the dream car for many young performance enthusiasts….and now, there’s a new one!

Subaru recently announced the launch of their brand new 2022 WRX, labelling it a Crossover Sedan, a decision that may leave many of the purists out there frothing at the mouth. Nonetheless, this is a new WRX, which is not something that comes along every day. Subaru says that the car pays homage to their motorsport history both on and off the tarmac, with styling taking inspiration from crossovers while still retaining the all-important elements of a sports sedan. This blend of body styles can be seen in the WRX’s higher ride height, black plastic wheel arch trim, side skirts and raised rear apron. In my opinion, the black plastic ruins the overall look of the car and should be coloured-coded. Despite the disappointment caused by the added black plastic, the car’s new headlight design is on point, and thankfully they have kept the iconic bonnet scoop. 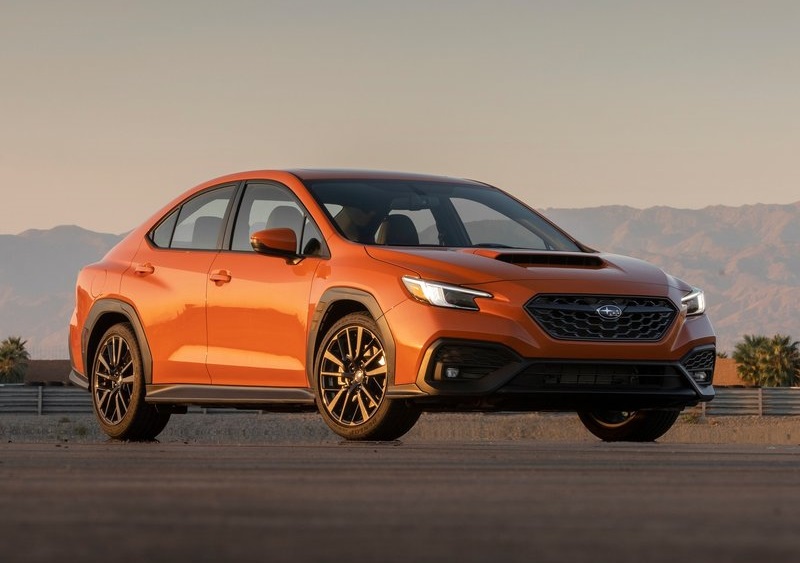 At the back, the new taillights are a fresh update, but the entire rear-end is ruined by the height of the rear diffuser, a styling decision that I think comes from the part of the design team who were cheering for the crossover. 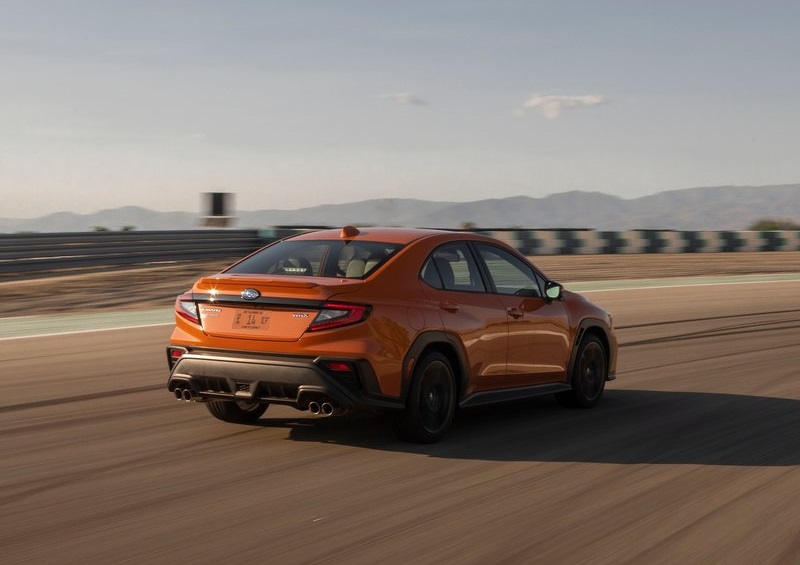 Thankfully, the interior is a far more stylish affair with every mod-con available, including a massive 11.5-inch multimedia screen that looks like it may belong in a Tesla. The interior finishes are a welcomed break from Subaru tradition and instead of acres of plastic, the interior sports soft-touch materials with red stitching accents and LEDs to light up the cabin. 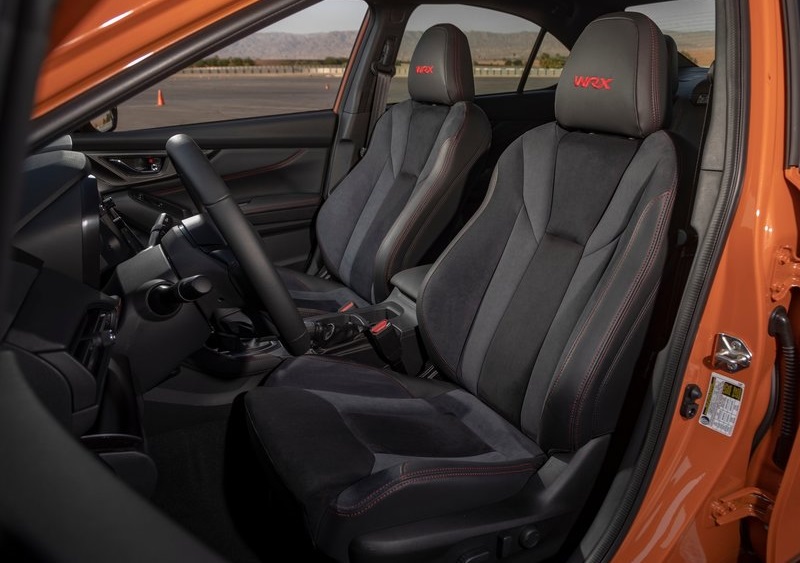 Under the bonnet, Subaru has stuck with tradition, offering this 5th generation WRX with a new 2.4-litre turbocharged and intercooled four-cylinder boxer engine that produces 202kW and 350 Nm of torque. 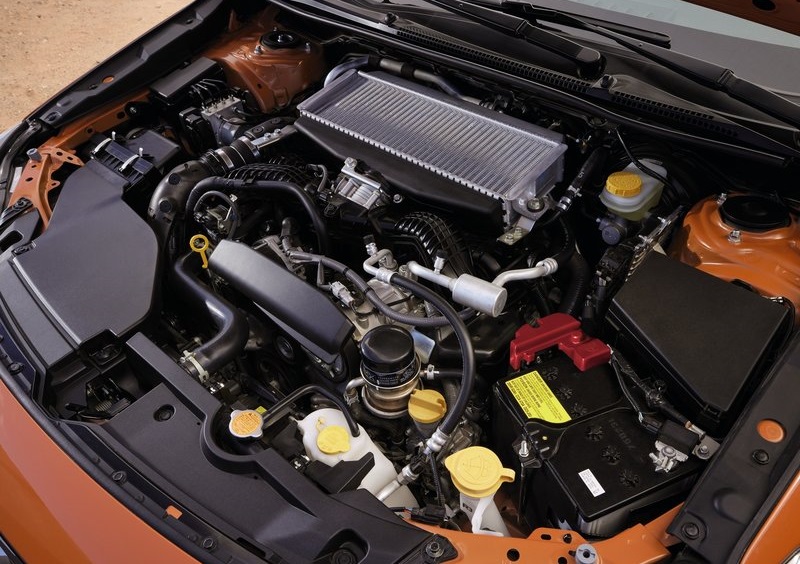 Naturally, the new WRX is equipped with the company’s trademark Symmetrical All-Wheel-Drive system while gear changes are still handled by, believe it or not, a real 6-speed manual gearbox. There will be a new automatic gearbox available but for the moment, let’s appreciate the fact that there’s still a manual available. 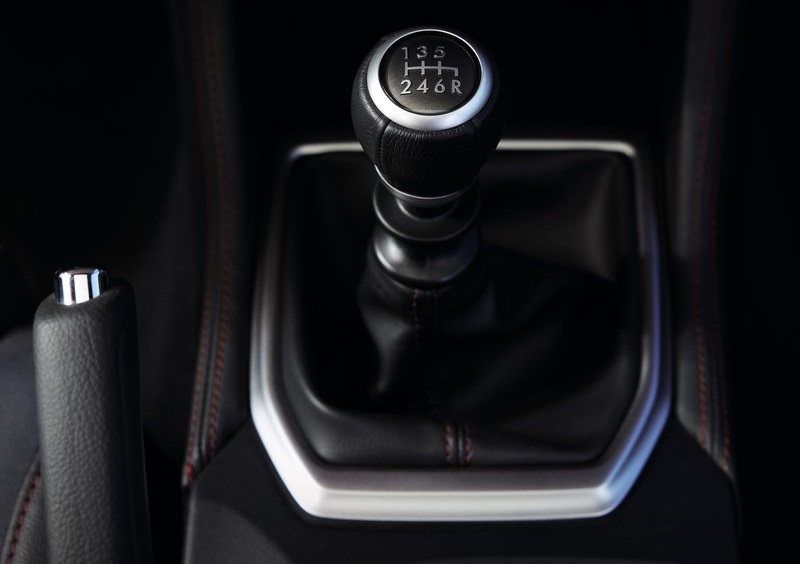 With 202kW on tap, the engineers at Subaru tuned the suspension to be more performance-focused, with the front-end benefitting from optimised geometry that claims to reduce the mass offset. At the back, the rear stabiliser bar is mounted directly to the body rather than the subframe for added cornering stability. This new model is also equipped with a new dual-pinion electrically assisted power steering system. This system separates the driver input shaft from the motor-assisted shaft resulting in quicker responses and improved accuracy.

To further enhance the handling, the new WRX is available with 17-inch wheels, and 18-inch wheels are available as an option. 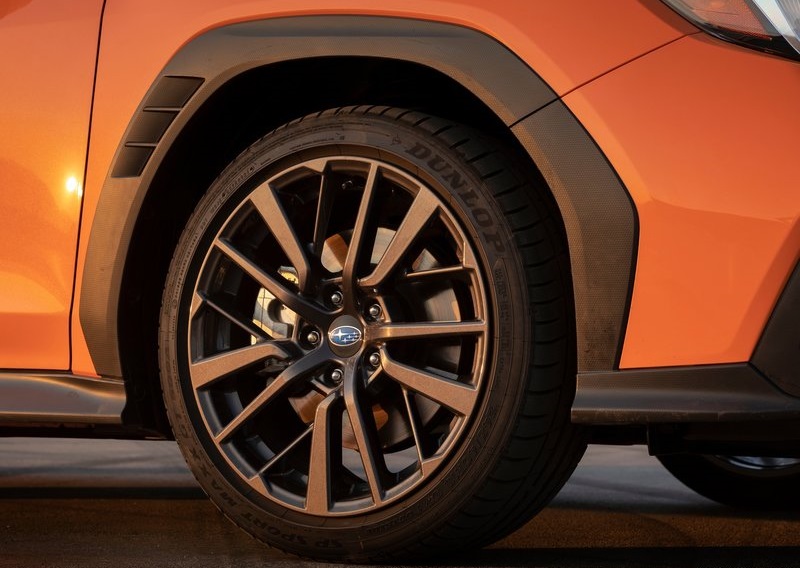 The WRX, although being the most famous Subaru model, is not the most popular on the local sale sheets, with many more people opting to buy the company’s leisure options instead. I guess that is why Subaru has chosen to go the Crossover Sedan route with the new WRX, as it offers buyers the best combination of the two. This decision however may upset the purists but we’ll have to wait and see how that pans out when the WRX hits local showrooms in the first quarter of 2022.

Do you want to get behind the wheel of a WRX? Check out ClickaCar's Virtual Showroom and find your own rally legend.